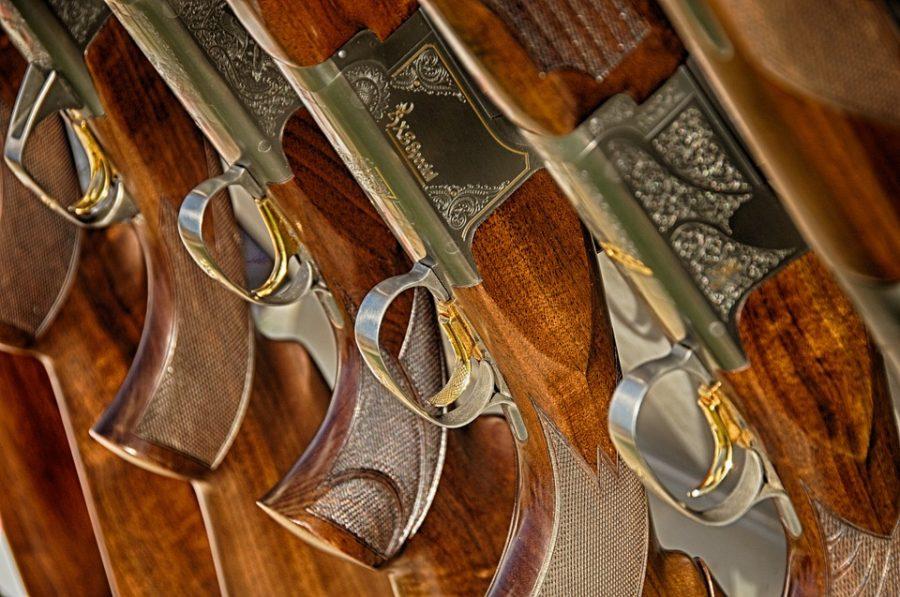 Since 1791, the Bill of Rights has been protecting the residents of America from the government. The document was crafted based off what the colonist found to be the most unfair from under the rule of the British.

In a gun-toting state like Vermont, this is still very prominent to the culture. Here, guns are used for hunting as well as just shooting for fun.

Among the right to free speech, and the right to a swift and speedy trial, there is one right that is talked about almost everyday, even after 225 years later.

This is the second amendment. Despite what is commonly known as “the right to bear arms,” it has been commonly misinterpreted by the public.

“A well regulated militia being necessary to the security of a free State, the right of the People to keep and bear arms shall not be infringed,” is the exact wording. As American culture evolves, so does the interpretation of this amendment.

For instance, after the Civil War, the interpretation of fifth amendment then started to include African Americans.

Because of this evolution, there have been numerous cases including the Second Amendment as the main topic.

In 2010, news of the verdict of a supreme court case stormed across America. This was the McDonald vs Chicago case, and changed the way guns were looked at in America.

It all started at in Chicago, where multiple suits were filed against Chicago and Oak Park concerning gun bans put into place by the Supreme Court, sprouting from an earlier case.

Six years later, the topic of guns is still a hot topic, not only for the right to have them, but the right to keep them. As of February 2016, there have been 125 events involving shootings, with an average of 7 people dying each time.

Because of the spike in recent years, many different strategies to make guns harder to get have been discussed. Some people say the only way to stop “bad guys” from getting guns is to put a background check system in place.

The residents of VT think that this is the way to go. Gun Sense VT, a group set on giving more gun education to the denizens of VT, as well as make gun use more safe.

A recent poll done by the group determined that 77% of Vermonters are in favor of extending background checks to all sales in vermont (besides close family sales).

This change could make a large dent the number of shootings in any state, if only they were implemented.

Not only is Vermont opinionated about guns, but so is BFA. Jacob Martin (‘16), is a senior here at BFA.

“The right to bear arms is certainly a government given right, but the right to self defense is a given,” Martin (‘16) said.

Quentin Tobin, a junior at BFA, has a similar standpoint on guns in America.

“I think everyone deserves the right to own guns,” Tobin (‘17) said.

Because of the rights given to the citizens of the USA, and the local flavor of VT and BFA, guns have become a standard of the culture. However, because of the recent events with mass shootings, discussions have started about limitations of sales and the banning of certain guns.

On Jan. 5, 2016, President Barack Obama unveiled his cure to the the gun problem plaguing the United States. Among many things, the plan will implement improvements the the National Instant Criminal Background Check System, or NICS.

Gun sellers, store or show, will have to apply for a federal license, as well as conduct background checks on the the buyers. Failure to do so will result in  a two-hundred fifty thousand fine and a possible five years in federal prison.

Another part of the plan revolves around assault rifles. The plan state that it will put a ban on all “Military-Style Assault Weapons” as well as limiting all magazines to ten rounds. One thing many of the shootings have in common is the use of high capacity magazines.

This still brings up a big question: Well background checks are great and all, but what if the guns are obtained illegally? The plan covers that as well.

The plan, if passed, will create new laws to circumvent the current laws pertaining to gun trafficking. They will focus on cracking down on “Straw Purchasers”, or people that buy guns illegally. There will be stricter punishments put in place for these individuals that abuse the system.

A common process that takes place with “Straw Purchasers” is that someone that can pass the background check will go buy a gun for the sole purpose of either giving or selling it to the criminal. With this plan, the punishments will much more severe, with jail time and a possible fine.

These changes could offer, as a deturnment for other gun-related crimes. However, when do these changes stop? It be remembered that all laws must be enforced. This means that police will have to inspect guns and maybe even house to make sure that that all guns follow the strict guidelines put in place by the proposal.

For a while now, some American citizens have been saying that their rights have been slowly disappearing. With this proposal put in place, many changes and restrictions will be put on the gun.

When and if these changes come to place, when will the changes end. In twenty years, if these shootings don’t end, what will be put in place? Laws completely outlawing the use of guns?

With all of the recent shootings, there is no denying that there is a gun problem in the United State. But there is always one thing to remember: Guns don’t kill people, people kill people.