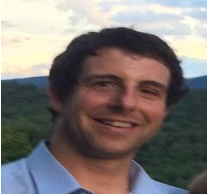 The BFA Mercury interviewed Jacob Holzberg-Pill, a new member to the BFA/NWTC staff, who teaches pre-tech exploration in the Northwest Technical Center. The Mercury’s first question for Holzberg-Pill was how he was liking the school and community so far.

You may be wondering what happens in “Pre-Tech Exploration” and who can be a part of the class. Holzberg-Pill explained that the Tech student population is mostly 10th, 11th, and 12th graders, and that Pre-Tech is for 9th and 10th graders, so it is an opportunity for younger students to take some classes at the Tech Center.

The program looks to be very diverse and it isn’t just one thing, which makes it interesting for the participants. He also explained that “exploration” means that students are exposed to multiple programs.

Holzberg-Pill was asked to describe himself in three words. He thought for a moment and responded.

Holzberg-Pill is an outdoorsy type of person and he dislikes being stuck in a classroom.

“People told me I should teach. I like introducing people to things that are exciting, and it’s just more fun to be outside, so I’d rather have a better class and take my students outside,” Holzberg-Pill said.

His educational background has some heavyweight names involved.

He is very enthusiastic and optimistic about the Tech Center.

“I think it’s exciting, we have more freedom, and the focus is on more hands on learning,” Holzberg-Pill said.

Holzberg-Pill is a fun, outdoor loving person who likes to learn (and teach) hands on. The Mercury welcomes Mr. Holzberg-Pill and hopes he will have a great year.