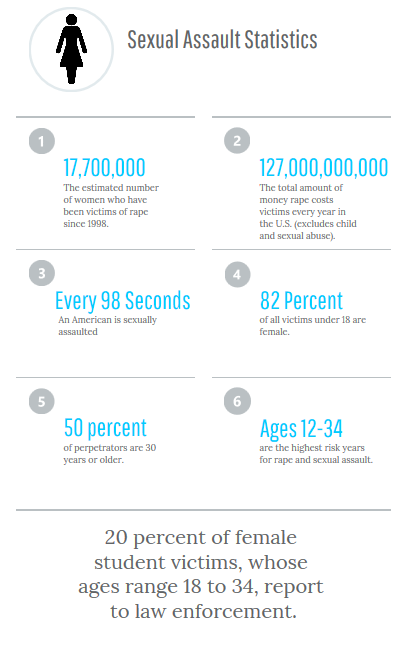 Every 98 seconds, a person living in the United States is sexually assaulted, and 99 percent of perpetrators do not get charged, according to the Huffington Post.

Heather Fitzgibbons, assistant principal at BFA, offered her input on these allegations.

“I am aware of Weinstein, and I certainly have been aware of allegations against Senator Al Franken, Matt Lauer, Charlie Rose. My thoughts are that there needs to be an in-depth, thoughtful, careful investigation and that justice needs to be served and prevailed,” Fitzgibbons said.

What exactly were these people accused of, and why is it coming up now?

According to the BBC, on Nov 27 Harvey Weinstein was sued for violating French trafficking laws when he was accused of luring actress Kadian Noble into a hotel room in Cannes and sexually assaulting her in 2014. After this accusation, 90 women came forward to charge Weinstein with similar offenses of his assault and abuse toward them, according to IndieWire.

Another popular case is that of Dr. Larry Nassar, an Olympic gymnast doctor who reportedly abused the female gymnasts. In 2016, a gymnast spoke of Nassar, saying he allegedly sexually abused her in 1994, and the abuse went on for six years.

Several other gymnasts came forward, saying Nassar molested them while he was working for USA Gymnastics and Michigan State University. Kaylee Lorincz alleges that she was sexually assaulted by Nassar on her 13th birthday. The gymnasts admit their fear of coming forward because they didn’t want to put their careers in jeopardy. (CBS News).

One of the most recent cases is that of Matt Lauer, a newscaster on the Today Show. According to the New York Times, one woman accused Lauer of luring her back to his office in 2001, as well as locking the door and sexually assaulting her. Her reasoning for not coming forward before was her fear of losing her job.

The New York Times also discussed a producer remembering Lauer joking about: “wanting some milk,” referencing a female director’s chest, as well as other crude comments. Lauer was also accused of asking coworkers strange sexual questions. Again, they did not step forward in fear of putting their careers in jeopardy.

On Dec 4, female singer Melanie Martinez was accused of raping her best friend, Timothy Heller, when she slept over at her house. Many of Martinez’s fans are attempting to justify her sexual assault because she is female. Heller’s reasoning for not coming forward sooner was Martinez’s loyal fans, who she thought would shame her, pairing with her fear of people not believing her because Martinez is female, along with Martinez’s power over her. (US Weekly).

These sexual assault issues also happen to younger people, and to people who are not famous.

Judy Breitmeyer, a guidance counselor at BFA, recalls a story she heard from a friend.

“Years ago, I met a woman who was a professor at the University of Vermont. And she was sexually assaulted at college, and she quit college. She’s a professor, but she had to quit; she couldn’t be on that campus, and she had to start over all because of that,” Breitmeyer said.

With women gaining ground in many workplaces, making sure that everyone, regardless of their gender, can be respected and valued in their workplaces is essential.  Fitzgibbons elaborates on her feelings toward sexual assault at places of work.

What is the solution?

“I really want it to be a people’s issue, as opposed to just a woman’s issue. I want all the men and women to find a way to make it safe for people to be working, and not being sexually harassed or assaulted,” Breitmeyer said.

“Educate themselves on what the laws are. Educate the youth, kids, males and females. Have conversation and dialogues, talk about it. Don’t brush it under the couch. Discuss it, talk about it, read up on it,” Fitzgibbons said.

Fitzgibbons follows through with her idea; she often must educate herself on assault issues at BFA. Her main goal is to have everyone at BFA feel safe.

“There have been investigations into hazing, harassment, and bullying [at BFA]. And we are continually dedicating ourselves and educating ourselves on how to have our faculty, staff, and students feel safe here,” Fitzgibbons said.

Through her job, Breitmeyer experiences many students coping with sexual assault.

“As a counselor, every year, we hear from mostly young women but sometimes young men who have experienced some sort of sexual unsafety, whether it’s being bullied or harassed, or in a domestic relationship. Yes, it happens, and I think, just like most places, it’s under the surface; we don’t know a lot about it,” Breitmeyer said.

Students who struggle with bullying or harassment typically cannot focus as well in school scenarios.

Breitmeyer elaborates on how people’s experience with sexual assault affect them.

“Years ago someone had told me about when they had something done to them, they felt ashamed . . . if somebody throws mud on you, you feel dirty, that doesn’t mean you’re dirty, but they muddied you up,” Breitmeyer said.

If a student experiences an issue with sexual assault, harassment, or bullying, they are encouraged to use the following steps:

“If a student experiences anything that makes them feel uncomfortable they should report it to an administrator or a trusted adult.  I am not a legal expert but I believe that sexual assault should involve law enforcement.  Anyone is welcome to access the Online Incident Reporting portal but I would certainly stress the importance of seeking a trusted adult immediately,” Fitzgibbons said.

Sexual assault needs to be discussed. All people, including celebrities, need to be rightly investigated and proven innocent or guilty. Judy Breitmeyer elaborates on an acquaintance’s story.

“I remember when I was working in private practice, I was working with a woman who was the president of a huge company; a very prominent company in Vermont. She was being assaulted at home. She had this great job, people knew her as this strong, powerful woman. But she was assaulted at home. No one of us knows what happens in one’s home or behind closed doors unless we come out and speak about it,” Breitmeyer said.