Working with students about “work life” 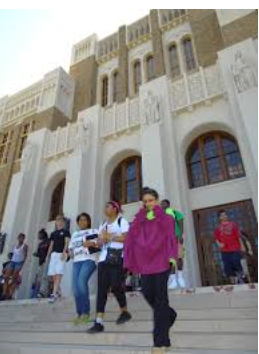 Early dismissal/late arrival, work-based learning and a secondary enrichment period are all options that BFA holds for students who feel that there is too much on their plates. In reality, though, they are not really options for just any student.

The three options, listed above, are not necessarily approved nor condoned by counselors and administration. When a student feels it is  necessary for any, it appears to be extremely difficult to get ahold of any one of these options.

But what are these options?

“Early dismissal/late arrival is a senior with permission from home and permission from the administration to either have first period or seventh period off,” Dr. Preston Randall, a guidance director, said.

Exciting, but don’t be fooled.

“There’s guidelines… it’s not just because [students] don’t have a class that they need… the criteria for having [a period] off is: extenuating family circumstances. So we have students who have responsibilities around younger siblings because their parents are working and they have little kids that have to be greeted when they get off the bus. We have students who need to help out with [their] family’s financial obligations, so they need to be able to get out of school to go to work to help. We have students who are taking classes outside of the school day, and so maybe they’re still taking seven classes, but they’re not all BFA classes. And we want to support students in managing their time and their work effort. Those are the kinds of reasons that late arrival/early dismissal would get approved,” Randall said.

Cassandra Totten (‘18) had to fight in order to gain her early dismissal.

“My reasoning (behind getting an early dismissal) is to make time for my job and try to [take] at least a 30 minute break between school and work to rejuvenate and reboot myself,” Totten said.

It was no easy fight for her.

“I had to go through multiple meetings with Mrs. Fitzgibbons over why I need the time and how there is no reason for me to have a 7th period class. It took a lot of prodding and pleading over the course of 4 months before it was approved. They tried to tell me I had to do a work study program to have the 7th period off, but my job is not willing to do that. I had to stress the importance of me being able to have the time for work and to have some small break between my school and work schedule. I would say it is very difficult to obtain an early dismissal and I don’t think it should be,” Totten said.

There are some reason(s) for early dismissal/late arrival being so difficult.

“Work-based learning is managed by Mrs. Chesser, and it’s the idea that students learn while they’re at work. It’s a way of validating and recognizing the learning that’s happening and formally documenting it so that we can say “yeah, that deserves high school credit”, or eventually “yeah, that’s aligned with these proficiencies,” so that you could, in a proficiency-based system, [gain credit for graduation while working that job],” Randall said.

Work-based learning may be a better option for students whose “plates are full” than the early dismissal/late arrival.

“It would be similar [to early dismissal/late arrival] in the sense that it would be one less period at school [and] in the sense that there are some paperwork and approvals you need to get– there’s more paperwork and approvals involved [in work-based learning], and probably some more flexibility about what you’re doing instead of [early dismissal/late arrival]. You don’t have to get paid for a work-based learning [position]. You could be in a volunteer position. There’s maybe a little more flexibility in that sense,” Randall said.

According to a PDF file called WHAT TO KNOW ABOUT WORK-BASED LEARNING EXPERIENCES FOR STUDENTS AND YOUTH WITH DISABILITIES, “Work Based learning experiences may include in-school or after school opportunities, or experiences outside the traditional school setting (including internships), that are provided in an integrated environment to the maximum extent possible. Such work-experiences may include summer and year-round employment, pre-apprenticeship, on-the-job training, or internships and job shadowing. Eligible training providers deliver these services in local communities, which can be accessed through local American Job Centers, promote career readiness, secondary school completion, entry into postsecondary education, and postsecondary credentials aligned with in-demand industry sectors.”

Another option for overloaded students is a created enrichment period.

“[An enrichment period is] unusual, but it’s a possibility that that’s something that a student, their school counselor and the administration work together on. Seniors who don’t meet the criteria for a late arrival/early dismissal [or] maybe students whose bosses won’t support a work-based learning and the students need to be working a lot and so you need that time for homework. On a case-by-case basis, we’ll work with students to problem solve. An enrichment might be one way that we problem solve, but it isn’t the only way,” Randall said.

From the BFA administrations standpoint, all of these options (early/late dismissal, work-based learning and enrichment) are not for any student looking to get rid of an unwanted class.

“… I would say… it’s not going to be an option for most students- it’s an extenuating circumstance. If a student is feeling like their plate is too full, have [a] conversation with their counselor, and then depending on what their other obligations are, [we can make an appropriate decision from there],” Randall said.

Randall feels it is important for a counselor to help out a student.

“What it comes down to is every student is unique, every student has goals, and every student’s trying to figure out how school fits in with everything else they have in life (school’s not the only thing in anyone’s life), and one of the many roles of a school counselor is to help students figure out how to make [a student’s schedule] work. Sometimes, what a student needs is more time in their day because they have a lot of responsibilities that they need to fulfill because they need more time to meet all of those obligations,” Randall said.

Some feel the school might do more to ease that transition. Totten feels that shoving a senior’s schedule full of unneeded classes isn’t helping anybody out.

“I think students in their senior year should only have to come to do the required classes for graduation一 not have to cram their school schedules with classes they don’t want to take as ‘fillers,’” Totten said.