NM-See what we can do 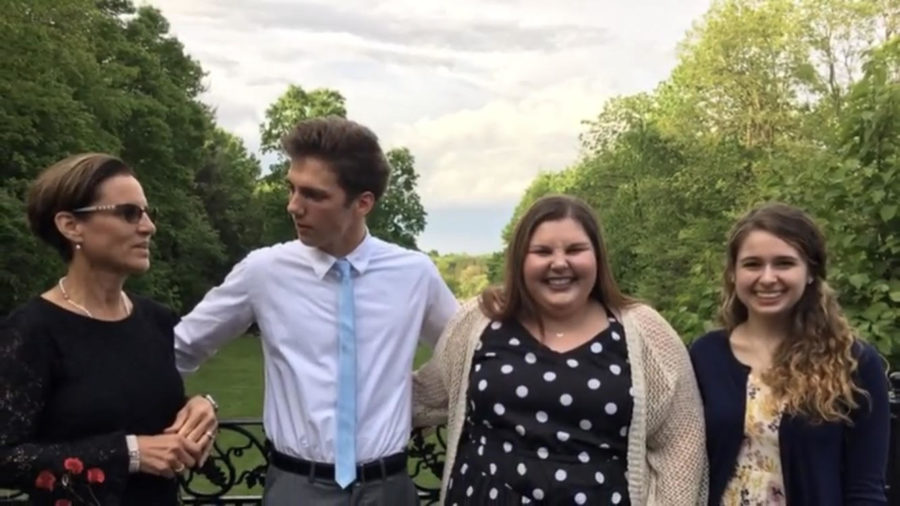 Deciding to attend college involves many big challenges for a graduating senior.  Deciding to spend years of your life and thousands of dollars to further your education is a big choice. A huge deciding factor is the money part as it can put someone in debt for years and years. 71% of all American college graduates leave college with debt. Some are never able to pay it off. 30% of college students drop out after their first year, and 43.9% (USA Today), will never even make it to graduation. These concerns make it a tough decision as to whether or not it is viable to make the college journey;  you could end up without a degree, and with a lot of debt.

This problem has, at least a bit, been helped for three BFA students; Emily Gervais (’18), Logan Bijolle (’18), and Kamryn Montague (’18), as they all won Northwestern Medical Center (NMC) scholarships. The $2,000 scholarships awarded to each student will help pay for the college of their choice.

The announcement and ceremony took place on May 23, 2018, at a Benefit Dinner hosted by  the Tyler Place Resort.

“It’s a scholarship from NMC. This year it was three $2,000 scholarships from the Martin H. Wennar Education Fund,” Montague said.

The application for the scholarship requires students to fill out what their current school is, what college they plan to go to (including whether or not they have been accepted to that school), their class rank and their GPA.

“It was a pretty rigorous application. I had to write three different essays and I think I needed two letters of recommendation,” Montague said.

The application for the scholarship does have preferred fields of study which include nursing, cryotechnology and physical therapy.

“I actually applied for it. I know that twenty-something people applied for it. Pharmacy wasn’t a preferred field, so I was like ‘well I’ll apply anyway’ and I actually ended up getting the scholarship,” Montague said.

Bijolle, who plans on attending either UVM or Florida Atlantic university, was also a recipient.

Bijolle realizes how much school costs, and he was very grateful for the award.

“Winning the scholarship was incredibly encouraging. With average post-college student loans being about $50,000, every cent towards the cost helps. I’m extremely grateful for the Northwestern Medical Center for choosing me as one of the winners,” Bijolle said.

To be one of over twenty applicants to actually be selected was an honor, and Bijolle is not going to take it for granted.

“I’m going to make their investment in my future worthwhile,” Bijolle said.