Call-an a new secretary to BFA 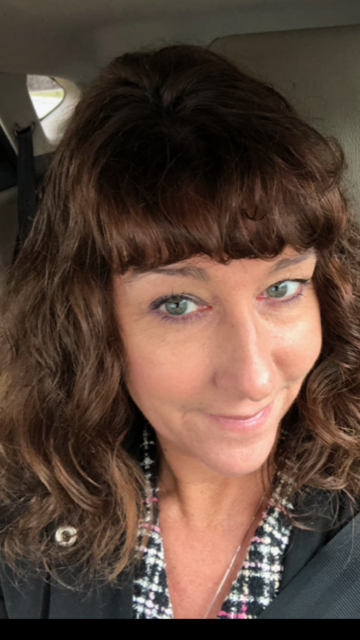 Theresa Callan is a dedicated new addition to the staff in the Principal’s Office and a welcome new face in the BFA community.

Coming from a farm in Sheldon, VT, Callan credits her hard-earned work ethic to having to find a balance between helping on the farm and school.

“I was expected to help out in the house and the barn…  because of having to do chores I actually had to milk cows before coming to school and after school so I had to scoot in… and that’s why I think work ethic meant even more, earning the title of Top Business Student of 1988, because I really had to work hard,” Callan said.

After graduating high school from BFA in 1988, Callan earned a degree in Office Management from Champlain College, graduating in 1990.

Callan worked at Mylan for 25 and a half years in the fields of administrative offices, quality assurance, and document control before the company’s global strategic cut back laid off Callan, among many others. This eventually led Callan to where she is now, the executive assistant to Mr. Mosca.

Callan would like students to know that she is new to her job, and is learning as she goes.

“It’s a new job for me, where I replaced [Mrs. Raymond] that retired, and she left before I started, so if there’s any message I would say that seniors definitely work with me, especially through the whole graduation process because this is all new to me,” Callan said.

“I think walking is a big aspect of stress relief and just getting out in nature… just no TV, no electronics, just getting away and just enjoying things like that. I love the tropics, anywhere from Punta Cana, to the Dominican, Jamaica, I have been to Cancún, Cozumel, two years ago I took my first ever solo vacation and went to Aruba,” Callan said.

Among these destinations Callan said that Aruba was her favorite, and that if money was no object her next visits would be to Hawaii and Ireland.

Throughout Callan’s many travels she has had various role models to guide her along the way.

“Parents to begin with, then, I would say from there college brought one of my best friend’s mother, so I think you have to have that good network among friends. My grandmother absolutely. During college, a professor that was always, always there. Then I would say in the work world you have to find good mentors, so one lady, Pauline Paquin comes to mind,”  Callan said.

Above anything else, Callan would like readers to be aware of the BFA staff’s initiative to increase the school’s positive atmosphere.

“We have been trying to open up things in here (the principal’s office), like the curtains used to be closed. We want the feeling of positivity, and openness, and kindness…. We all need to be kind, and we all need to smile, we all need to work with each other, just some of those positive vibes and messages being reinforced. Though I don’t want anyone feeling that it’s just being preached, no, it’s a way of life,” Callan said.