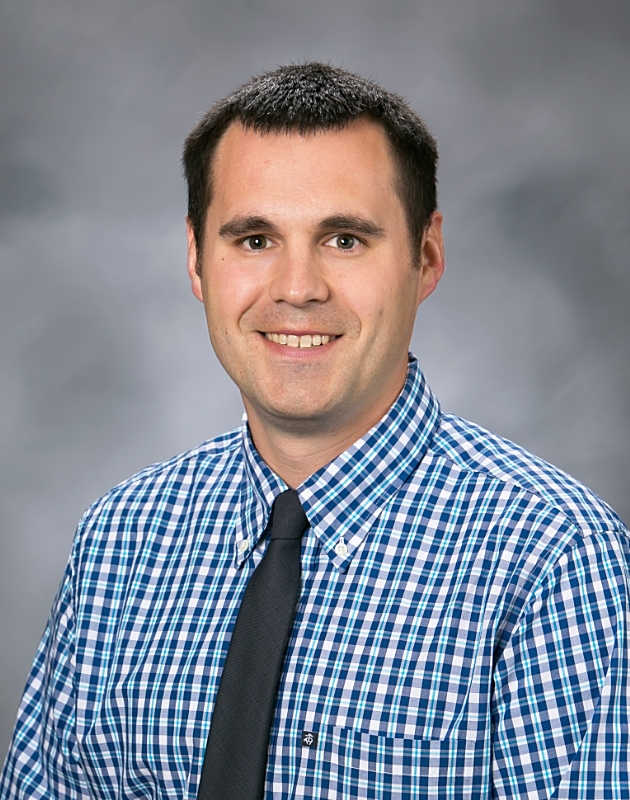 Darrin Dezotelle is a new staff member here at BFA. He is a Vermonter.

“I grew up in the Cambridge/Waterville area, so I went to high school at Lamoille Union,” Dezotelle said.

He explains that one of the teachers at Lamoille had a long term influence on him.

“Ms. Cooney was the reason I got through high school and we are still pretty good friends,” Dezotelle said.

Dezotelle is liking BFA in the early going.

“It’s great, I love it so far,” Dezotelle said.

Dezotelle is originally from Vermont and then he went to school in Washington D.C..   Then he ventured out to sunny California.

He then moved back to Vermont five or six years ago. He plans to stay in the Green Mountain state.

Dezotelle went to Marymount University in Washington D.C., and he studied business and marketing. That was his first degree. Then,  after he lived in California for awhile, he came back and got his teaching license from St. Michael’s College. He is still currently taking classes there to get his master’s degree.

He has an older sister, yet another person who has helped shape his life.

“I have an older sister who is like a second mother, she’s 6 years older than me. I could never get away with anything with her,” Dezotelle said.

Like many BFA teachers, he does not live right in St. Albans.

“Right now I live in Fairfax with my wife. She’s way cooler than I am,” Dezotelle said.

As far as any family besides his wife, Dezotelle said:  “No kids, no. Just 2 dogs. It’s easier.”

Dezotelle worked at a ski company before coming to BFA which was called Skicentral.com. He was the inventory manager, and was also head of ski tech.

“[Skicentral is] in Stowe, it was a big a warehouse,” Dezotelle said.

Dezotelle is not new to teaching, however. His last teaching job was in Cabot, VT.

“Cabot, Vermont, where you make the cheese.”

He worked at Cabot High School for three years. Before that he was a student teacher here at BFA, with Mrs. Howard, so BFA is not completely new to him.

The reason he applied here was because he knew he loved the school.

“So I’ve always had an eye out for an opening and it never happened.Then it just so happens that there was one. So I loved the other school that I was at,  but I always knew that I just wanted to be a little closer to home, and if I had the opportunity I’d always want to come back here,” Dezotelle said.

Dezotelle teaches all ninth grade global studies classes in his new position.  He says that he loves it.

Outside of school, Dezotelle says that loves skiing and mountain biking, and his weekends are spent renovating the farm house that he and his wife own.

Dezotelle is currently working at the Alpine Shop in Burlington part time. He also works part time at another ski shop. His favorite season is fall.

“If you can wear shorts and a flannel in the same day, you can’t beat it,” Dezotelle said.

The Mercury hopes his love of the outdoors and knowledge of history will both be beneficial for all of the BFA ninth graders he is teaching.