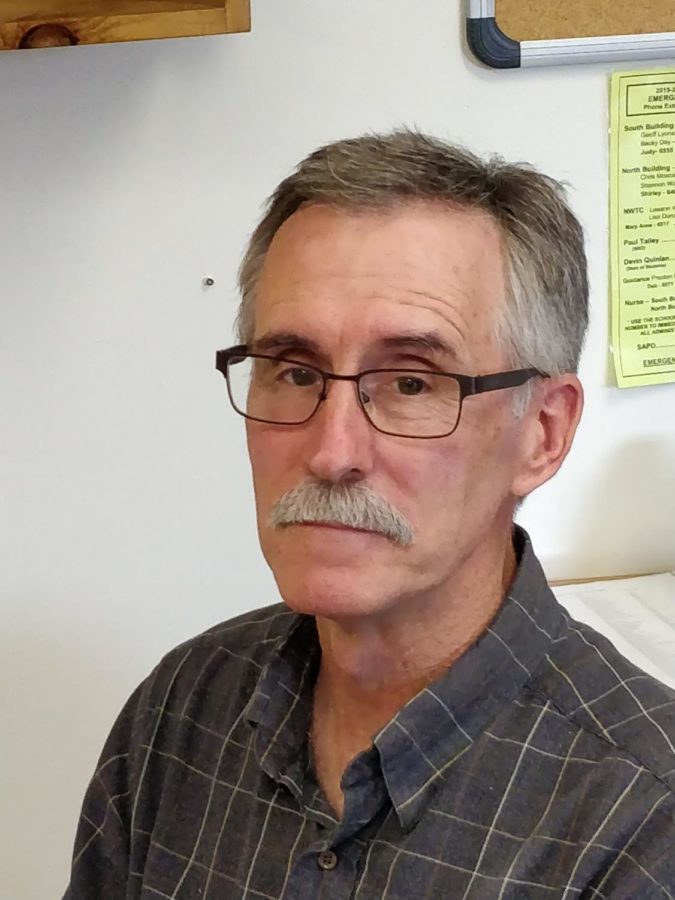 Paul Brown is a new teacher in the science department, teaching biology. He has been teaching the subject for one year.

In between the years of 2016-2017, Brown had the opportunity to become a long term substitute teacher for two schools in the science department: Connecticut Valley High School and Farmington High School.

“The experience was quite interesting and I thoroughly enjoyed it.  As it turned out, a position opened up this year at BFA. They contacted me and here I am, now,” Brown said.

According to Brown, he is content with the first month he’s been at Bellows Free Academy.

Brown has had a long interest in the science field, for about 12 years. He decided to teach in this field because of the amount of experience and studies he’s done in the past. Brown has a degree in environmental science/conservation biology.  According to Brown, teaching this subject “was a mid career change.”

Brown was in the science business for about 5 years,  until a long protracted absence. Later on Brown joined a program that got him back on track to get a teaching certification.

“I wasn’t really sure if I wanted to be in a classroom situation, then right after I got my certification I immediately got a job in a small high school in Vermont.  I loved it and have been doing it ever since,” Brown said.

As Brown started his first few weeks at BFA as a science teacher, there were a few obstacles to overcome as it was his first time becoming a new full-time staff member in a science department. Adapting to a new “generation” of students can be pretty challenging, as well.

“Being a new teacher in a different environment can be nerve wracking, especially with the grand total of students at BFA,” Brown said.

Brown came from a small high school, so coming to BFA is a change in size as well as the aesthetics. Even though Brown had a few obstacles to face in the first few weeks, he has overcome them.

“I really enjoy it.  I like the vibrancy and the concept of a bigger school,” Brown said.

For Brown, BFA is both bigger and better.

“I taught for a year in a small high school in the Connecticut River valley.   Then I taught at two independent high schools, one for seven years in Williston, Vermont and then here in Saint Albans for eight years. I decided for a change, and here I am,” Brown said.

Everyone gets nervous starting school; not just students, but teachers as well.

“I thought my first day went well. I really put the first week into getting to know people.  I did feel awkward because there [were] certain things I didn’t know how to do,” Brown said.

Every new teacher is a mystery to his or her students at first.  Each teacher has different likes and dislikes, and Brown is no exception.

“Well, in an overall sense I like being surrounded by nature.  I don’t like dealing with technology because I don’t know much about it.  That’s the reason why I have a flip phone; no need for the extra stuff,” Brown said.

BFA offers a warm welcome to Mr. Paul Brown as he settles in to the science department.