Faith in our filters 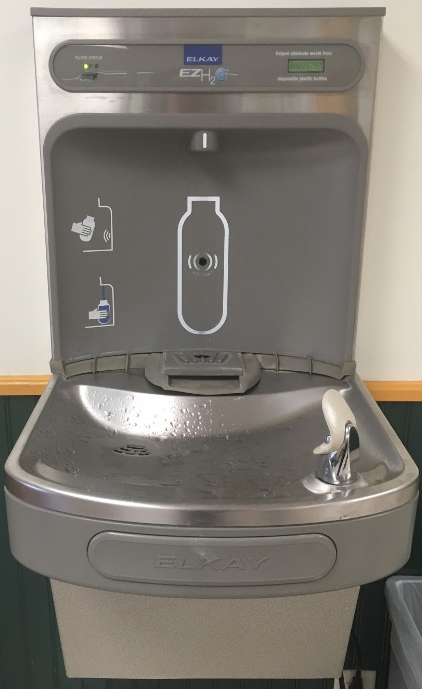 The Vermont Agency of Natural Resources’ Department of Health recently conducted a series of tests on school drinking water, looking to find the water’s content of lead. The results of these tests were released last month.

16 schools statewide were tested, and among them almost 900 individual water taps. Of these 900, 27 had over 15 parts per billion (ppb) of lead in the water, an extremely dangerous amount. One of these taps with a high content of lead was found in St. Albans City School, and every tested school had taps with at least one ppb of lead present, an amount that could still cause adverse health effects.

Low levels of lead exposure can even cause damage to the central nervous system, learning disabilities, slowed growth, and impaired function of blood cells in children. It can also damage the heart, kidneys, and reproductive organs of adults.

Due to these results, the state of Vermont has recently started a push to make schools test their water for lead to ensure that the reality of the test results will not remain true for the future to come.

Scott Martin, facilities manager here at BFA admits that because it has not yet been made mandatory, he does not have any information as to the age or tests done on BFA’s water system.

“I do not know [if BFA’s drinking water has been tested], however, there is a push from the state of Vermont for a mandatory test of school drinking water…. However, the new drinking fountains have filters that we change regularly, and my plan is to have the school’s water tested within the month,” Martin said.

Even though she knows that the pipes have not been tested, Mary Brouillette, a teacher here at our school feels unwavered in her faith of the fountain’s filters.

“I feel better [knowing that these fountains have filters] because we actually have a filter on our floor now, as in the past I wouldn’t drink that water, I’d go upstairs to where the filter was on the third floor. This summer the filter was put in so it’s perfect now,” Brouillette said.

The Vermont Department of Health confirms Martin’s and Brouillette’s confidence in the filters, saying that lead is filtered out of drinking water by most filters used by schools as long as they are changed regularly, as Martin stated before.

Brouillette’s positive outlook was also bolstered when made aware of Martin’s plans to test BFA’s water.

“That’s great because in the news lately, they talked about making us do that anyway, so that’s good, we’ll be ahead of the game,” Brouillette said.

If in the event that levels of lead are found in BFA’s water system, Martin assured that necessary measures would be made, and the results of said test would be made public.

“I would resource information from other schools, I would resource the state of Vermont if something was discovered here…. I would share the findings from the tests to the community and students,” Martin said.