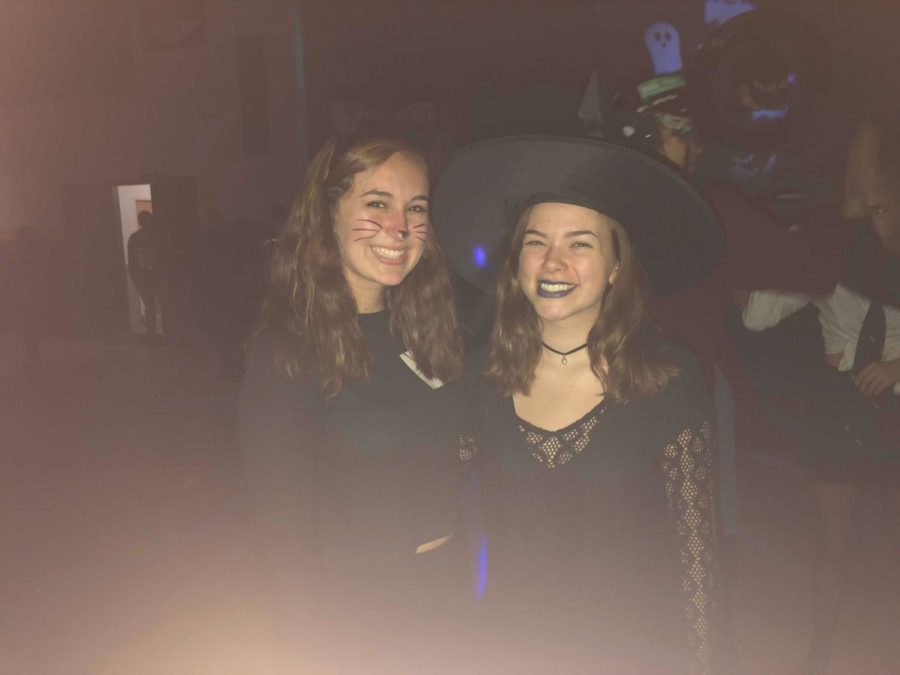 School dances have been popular social events among students for decades. BFA is no exception. Though it’s not exactly known how long BFA has held these events, it’s likely been around for the majority of the school’s existence. But has its popularity maintained the same all these years?

It seems as if fewer people, especially upperclassmen, have been attending, according to various dance-goers. Is this true? If so, how does that impact the school? Why are dances held in the first place? Shannon MacDonald (‘19) has been to eight dances over the years, and has seen firsthand the decrease in popularity of the dances.

“I do believe that dance attendance has been declining. To be honest, I think school spirit is declining. People would rather go to private parties than come to school dances. I also think the decorations for dances are very sparse. A more elaborate dance might attract more people,” MacDonald said.

It seems as if mostly freshmen and sophomores are the ones who show up. Is it true that fewer upperclassmen have been coming?

“I think in past years it has definitely been mostly seniors and juniors, but to my surprise the Halloween dance was almost all freshmen and sophomores, although I can’t say for sure because it was dark,” MacDonald said.

There may be a more troubling reason that upperclassmen are not as excited to go to dances.

“I think fewer seniors have been going because we are losing school spirit. Also, a lot of students want to go to parties where there is alcohol. Obviously, the dances don’t have that,” MacDonald said.

It’s important to get a student’s perspective on how to improve the dances, as after all, dances are for the students to enjoy themselves.

“They should fundraise for more elaborate decorations. They had a limbo competition, there used to be dance competitions. I think there could be more planning for dances. Also, shoutout to Mr. Archambault for making a great playlist for the Halloween dance!” MacDonald said.

The most successful dance out of all of them, in her eyes, is not the Halloween dance but the Winter Ball.

“I think that the Winter Ball is probably the most consistently popular dance. Almost all of my friends and I start shopping around this time of year for our winter ball dresses. People get excited about this dance. It is a more formal dance which may explain why it is more popular. It’s exciting to dress up!” MacDonald said.

The popularity of school dances has been dwindling nationwide, as the article from QCOnline, Are school dances becoming uncool?, explains and brings up a potential solution.

“Noticing the decline in popularity of dances, many schools have tried to increase ticket sales by turning to alternative themed dances,” said QCOnline.

Schools have decided to attract more students by turning away from the more “traditional” dances. This could be in BFA’s future. According to Minh-Tam Nguyen’s Quora post, High School Dances Today, dance attendance can be saved if schools switch it up to make dances more interesting.

“Normal school dances at the school are declining in number at my school, and I haven’t been to one since grade seven, but I know the people who organize it always decorate very well, and a decent number of people show up. We have themes, like beach party or black and white, and if people dress according to the theme, they get a ticket discount,” Nguyen said.

English teacher Nate Archambault is a co-advisor to student council, who helps in the process [of organizing dances], and has been involved in organizing the dances for years. He has also been a class advisor for five years, four for the class of 2018 and now for the class of 2022, and this year helped the freshman class put together the Halloween dance. According to Archambault, the problem may be due to the lack of communication between the students and those who help plan the dances.

“I think sometimes we have an expectation that we put something out on paper or announcements and we’ve done our job. I talk with students and ask them what it is that they want from dances. The more we can get people interested and have a say ahead of time, the more likely they’ll want to be there,” Archambault said.

Dance attendance may not be dwindling as much as expected.

“I think it’s hard to say at a blanket level. There’s a lot of factors that go into the successes of making a dance. Keep in mind numbers in school are down now, there are 300 fewer students,” Archambault said.

Upperclassmen, especially seniors, have a lot of influence on the younger grades on going to the dances.

“Some students say they attend some dances and not others. That’s a head-scratcher to me, I’m not sure why that is, but it’s cultural. It’s also based on the involvement of students at the senior level. If seniors are excited to do something, it trickles down to the rest of the school,” Archambault said.

Guidance counselor Judy Breitmeyer has been helping with the organization of dances for 12 years. She believes dances are here to stay and they’ve been fairly successful.

“I’ve never heard of getting rid of the dances here at all. Some other schools have. As a fundraiser it’s lovely, but it’s up to the students to keep them going. I haven’t seen [a decline in attendance] but then again I’m seeing them every four years,” Breitmeyer said.

It may be more important than people think to keep the dances running. At BFA and other schools, they serve as fundraisers and much of the profit goes toward prom, as states the article from Taylor Buckley at EdCircuit, School Dances: A thing of the past or opportunity for student development?

“If school dances are dying, why should schools try to bring them back? Dances are incredible fundraising opportunities for student activities, they create a greater sense of community within the school and boost morale, they provide a supervised safe space for students, they create memories that can last beyond school, and they force students to spend time interacting with others, developing social skills that will be invaluable to their later success in life,” Buckley said.

The dances make a fairly good profit, and the money goes towards many things around the school, according to Breitmeyer.

“All [the money made] goes to prom and class gifts. A gift one year was all the water stations, which were bought with leftover profit from the dances. Classes can also donate money to make scholarships. [Dances typically make] over a thousand dollars, which is a lot and we really needed the money. The reality is that the funds from the sale of prom tickets cover a lot but up front costs make up the bulk of the expenses,” Breitmeyer said.

School dances not only are beneficial for monetary reasons, they also help students socialize and create fond memories, as Archambault agrees.

“For one thing, [they act as] a fundraiser. It’s one of the best ways to make a reasonable amount of money for an event. This is our best option for making some money. It’s also a way to bring the school community together. Some of these are tradition-based, we’ve had these for years, the hope is that students also have the opportunity to come together in a fun, safe way, and feeling good about their school and their surroundings,” Archambault said.

It seems that even a themed dance such as the Halloween one had a low attendance, especially among seniors. According to a CNN article by Caroline Moss named, My high school no longer holds dances, there’s a trend among schools in wealthier communities that students decide not to go to dances.

“In affluent, safe communities, teenagers have an abundance of things they could be doing when not confined within the walls of their schools. It’s no surprise that the school gym isn’t the first place they want to be on a Friday night,” Moss said.

St. Albans does not exactly fit this demographic however. Vermont is a fairly safe state, but not exactly wealthy, and there’s little to do. So what are students doing instead of going to dances? Many may blame technology and social media, but the answer may be much simpler.

Students, especially upperclassmen who have attended the dances before, most likely are bored of the same dances and hearing the same music; there’s nothing new to draw them in because they’ve seen it all before. The solution seems just as simple, mix up the dances and bring something new to the table to attract more students, and therefore bring more money to the school.

The dances are for the students, so if they aren’t entertaining for them, there’s only one way to change that. Without holding dances, BFA would look much more different, and not for the better. It’s up to the students to bring forth their ideas in order to save the dances for future generations to enjoy.