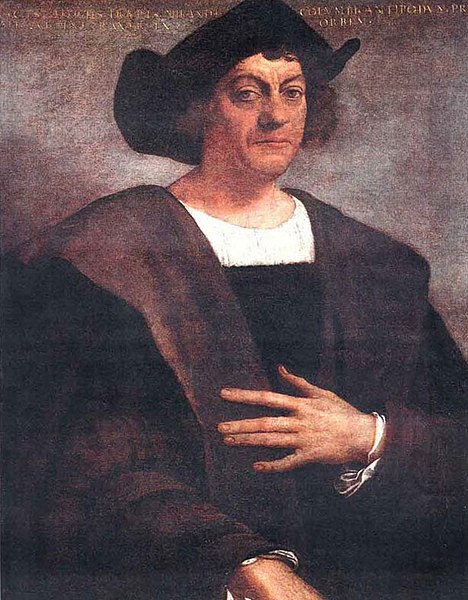 Since 1930, BFA has proudly celebrated significant holidays through vacations, marches, and assemblies. However, what defines a significant holiday is often up to interpretation. The significance of one holiday in particular, Columbus Day, has been in hot debate, with opinions on it’s celebration differing from state to state.

According to a map done by Pew Research, only 25 states give state workers Columbus Day off.

The celebration of Columbus Day originates from the presidential election of 1892. According to David Rider, an AP U.S. History teacher who has taught at BFA for 28 years, president Benjamin Harrison proclaimed Columbus Day as a national holiday in order to win Italian American votes during a tight re-election.

“There’s politics behind Columbus Day,” Rider said, “Columbus Day is a twentieth century invention that was cooked up for political purposes for a guy to get re-elected.”

While this political tactic proved successful during Harrison’s re-election, it was protested later on. Protestant, anti-immigrant nativists rejected the holiday. Notable groups such as the Klu Klux Klan (KKK) and Women of the Klu Klux Klan (WKKK) opposed celebrations of Columbus or monuments of him, believing that it increased Catholic influence in the United States, a rival religion of the Protestant Church. (www.history.com).

More opposition arose in the late 1960’s, renouncing the idea that Columbus discovered America, as well as shedding light on the atrocities his actions led to against the Native American population. This movement was originally led by Native Americans and later expanded upon by left wing parties.

“Let’s remember that Columbus didn’t discover anything, he encountered a ‘new world’ where millions of people had already lived for millenia. He was looking for ‘X’, a faster trade route to the Spice Islands in the East Indies, and he found ‘Y’, this new world, North America, that already had people on it,” Rider said.

The idea that Columbus is an invalid hero, and thus undeserving of commemoration, has become a common opinion in today’s society. Often, he is either portrayed as a great discoverer or great villain.

“So what’s good about Columbus? First of all the guy was a hell of a sailor, he used cutting edge technology to do things that no one else had done before, he never gave up, he was really dogged in his determination to achieve his goal. On the negative side, he’s the guy who triggers the Columbian Exchange with this massive transfer of technology, animals, agricultural products, diseases, and ideas from the European world to the new world, and back again. For instance, corn is a new world North American indigenous crop, it didn’t grow in Europe, it didn’t grow anywhere else in the world. Corn went back to Europe as a staple crop and that actually helped fuel partially a population increase, it sustained populations in Europe that didn’t have that crop available to them before. And of course on the flip side, Europeans introduced smallpox to the new world and it had a devastating effect, it’s germ warfare, and it triggers this genocide,” Rider said.

So, is Columbus a positive or negative figure in history? Rider says he is both.

“Columbus is a messy figure in American History, and I think that when we either put people up on a pedestal as a demigod or trash them as a horrible villain, we do a disservice. Both of those things do a disservice to that person. People are complicated, I’m not saying anything you don’t already know. We can’t just say that Columbus was all evil or that Columbus was an amazing hero, it kind of lies somewhere in between,” Rider said.

While Columbus wasn’t perfect, he was still an important and impactful figure in the Age of Exploration and the Columbian Exchange. While celebrating him may be a stretch, Rider claims he shouldn’t be completely ignored.

“I wouldn’t use the verb ‘celebrate,’ I think that Columbus deserves to be examined, and I think that we need to examine him like we do all figures in history, as messy, complicated, sometimes contradictory figures that are neither villain or hero,” Rider said,“I oppose a blind loyalty to anyone that does not look at that person with a critical eye and see them holistically. I don’t think Lincoln should be revered without looking at the full spectrum of his work.”

According to Doctor Kevin Dirth, Maplerun Superintendent, the controversy surrounding Columbus as a historical figure has little to do with BFA’s celebration of Columbus Day (or lack thereof).

“A lot of people have turned [Columbus Day] into indigenous people’s day because of the controversy of whether it was Columbus who discovered America or was is our Native peoples. It’s just not something we’ve talked about because we haven’t celebrated it,” Dirth said.

Does Vermont’s demographic have a greater impact on the school’s celebration of Columbus day? Dirth suggests that it might.

“I wouldn’t be surprised if Burlington, which is a bit more culturally different than us, took off more holidays than we did,” Dirth said.

Perhaps, with a holiday of such little appeal and representation, the Maple Run School District has no need to cram Columbus Day into their already tight schedule.

“We always have that struggle of how do we fit [holiday breaks] in, what I think right now is 176 days right now of student time, and making sure you don’t get out in July,” Dirth said.

Each individual school has little control over a lot of holidays. The Champlain Valley District, for example, sets up a common calendar for districts from Saint Albans all the way down to Vergennes. While individual districts can deem a holiday significant on their own, Dirth claims that “It is discouraged because [Maplerun] wants one calendar, but they do have certain waivers where, if they say: ‘we really think this is  important and we’d like to go against the calendar,’ they’re allowed to do that.”

A unified district calendar is ideal for families who have children in different school districts.

“You have people who work in different areas so if your parents work down in Burlington and need to get daycare because holidays are different or vacations are different, that all makes some problems,” Dirth said.

In fact, many school districts appreciate the idea of a unified system so much that a statewide schedule is being considered.

“There’s a lot of talk, and I don’t think it’ll be done in my lifetime, of doing a statewide school calendar because our state’s not that large,” Dirth said, “But I think probably there are enough differences between, say, Bennington and us that it may never happen, but there’s talk of that.”

In the end, it comes down to one question: Is it important? Some people may believe Columbus to be a hero, worthy of having a day set aside in his celebration. Others may find the historical figure offensive, choosing to not participate in his celebration. Others, parents most likely, hate the thought of another change in their children’s schedules, while students may wish for another day off. In short, this question is up to the individual to answer, and up to those who oppose to oppose and those who are for, to advocate for.