Can news give you the blues? 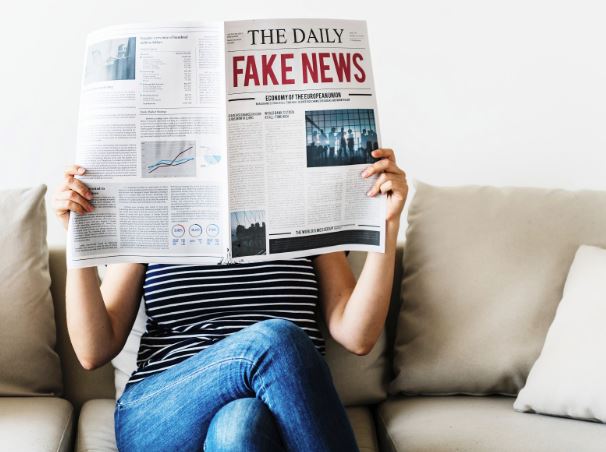 What we read affects how we think, from how we interpret it to how we relive what’s on the page in the theatres of our minds. The news that we consume as readers every day may be the most impactful. This takeaway we get from our daily sources of information, especially when sources are beginning to write articles charged with negative emotions more often, can lead to long-term changes in one’s mental health. Recent studies conducted by British psychologists have also shown negative articles may cause pessimism, stress, anxiety, depression, and even PTSD in readers.

On the more positive side, it has also been proven that even small news outlets influence their environments. The Mercury itself could be exhibiting this pattern in the BFA environment, with the possibility of, for instance, having lead to the change of passing time music with the release of Isaiah Cline’s “Never gonna give you up…” article.

Larissa Hebert, an English teacher at BFA, believes that this pattern is probably not a matter of causation.

“I think [the correlation between school policy changes, and articles done on them by the Mercury] is a coincidence,” Hebert said.

Even if The Mercury does not exhibit this cause-and-effect pattern, there are other merits to reading it. Nate Archambault, another English teacher at BFA, provided this insight.

“I think The Mercury gives a perspective that is worth hearing, I have my opinions, but I’m not necessarily sure of student opinions because I’m not necessarily having those conversations with students in the same way that students are either responding in articles to  their peers, or writing about their thoughts, and sometimes their thoughts are much more well articulated in print than they would be in conversation,” Archambault said.

When a news outlet does have an impact on its environment and/or readers, the level of said source’s reliability becomes a large factor in what kind of influence it may have. This potential for negative or false information, especially with what is conveyed through the internet can even raise questions as to levels of legitimacy. Hebert also acknowledged this factor.

“I think just with the advent of receiving information online versus the traditional paper you receive on your door, you definitely have to be savvy around what websites you’re reading the news from,” Hebert said.

Online media has become increasingly risky to have blind faith in, especially in the “Fake News” suggested by our president himself, Donald Trump, who has slashed at the credibility of various news outlets. This attack on news as a whole has brought up controversy.

Late television broadcaster, and news anchor, Walter Cronkite, who was also known as the “most trusted man in America”, famously said “journalism is what we need to make democracy work”. Our current president has wrongly attempted to tarnish this philosophy, and therefore the rights of the press and the truth. Archambault expanded on this subject.

“This goes for anybody, anytime you’re calling into question the rights of a free press, you are, whether willfully or as a result of, even if it’s not your intent, you are weakening the ability for the press to be free. That’s a difficult position. We are subject to opinion… we make choices based upon what we hear, we make choices based upon what we see, and if we hear rhetoric that calls into question fact, then we lose our ability to decide for ourselves based upon our willingness to believe what we want to be told,” Archambault said.

It may very well be impossible to measure any correlation between the school-based-issue stories in The Mercury, and any changes that might happen as a result. However, the current editors and staff will continue to do our best to report what we believe to be the truth. We can only hope our efforts will make the former BFA students who have been a part of The Mercury proud.