From Mercury to Pluto? 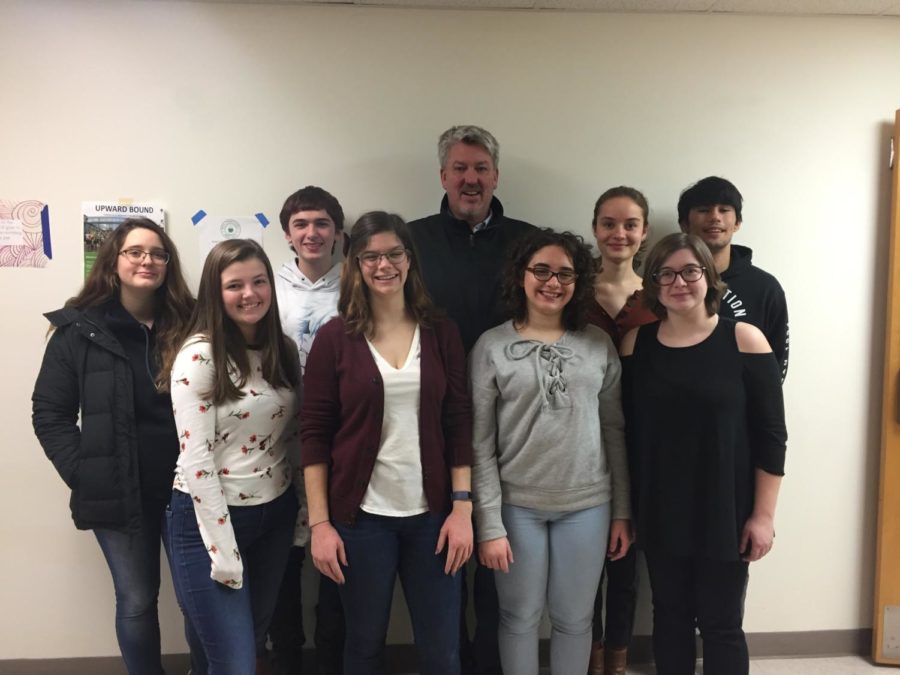 The future of journalism is of concern, especially in the “Age of Media Distrust,” as The Atlantic has called the current relationship between the worlds of journalism and politics in the modern era.

This wave of attacks on the legitimacy of the press have even been spouted from current US president, Donald Trump, widely coining the term “Fake News,”, an ignorant way of dispatching self-involved controversy the president commonly uses. The main objectives of a journalist are to report on truths and communicate information that is deemed essential knowledge to the general public. It is nothing short of unsettling to live in an environment where the public enemy is the community responsible for relaying key information to the populus.

“Firstly, one of the types of journalism that’s most declining is newspaper journalism, like the Messenger, they’re selling much, much less newspapers than they were ten years ago, digital news and media have kind of taken that over. Also I think people are just less interested in what’s going on. Not everyone is as involved in politics as they once were, and that’s maybe a hypothesis, I don’t know if that’s entirely true. With the “Fake News” that’s happening, and all of the accusations the president has put on have really deterred a lot of journalists and taken away the trust people have in journalism today and validity that they have,” Pietras said.

This faltering interest in journalism and news in general is grave for some, but for Pietras, it serves as a kind of driving force.

“I think it kind of pushes me more to want to be a journalist… It wants me to change that stereotype and put trust back into journalism… one journalist can make so much of a difference, and I think that we really do need a lot more good journalists,” Pietras said.

Even in the face of a political climate that is beginning to fear the truth, this controversy simply served as yet another spark to feed Pietras’ passion for writing and politics.

“I was really interested in writing and I think once I started becoming more aware of the political issues and the news, I switched my interests more towards journalism and political science, so the opportunity to talk about politics and write kind of attracted me to [the class]. I liked journalism, so the opportunity to write for a newspaper and delve into that field and kind of figure out what it means and how it feels to be a journalist and experience it first-hand drew me to it. It was a really great experience and helped me understand how different the style of writing journalism is from AP Language. It really helped me grow my knowledge and my experience and my interest, and it made me love it more… It has kind of made me come out of my comfort zone, one of the things I really liked that I was able to do in that class was talk to people that I wouldn’t have been able to talk to before. I got to talk to Dr. Kevin Dirth, Superintendent of the Maple Run [School] District, and that was super cool,” Pietras said.

While Pietras may have an unrivaled level of passion, one thing that’s safe to say is that being on the Mercury has been one of the most rewarding things I’ve gotten the chance to be a part of at BFA. Pietras shared some the same enjoyments.

“I think that the kids there are really great. I think that we had a lot of interesting discussions, that was one of my favorite parts… It’s very close-knit and very non-judgemental, you fit in and the editors are super super nice. I just really enjoyed being mentored by them and having my papers edited by them, it was really great. Also you feel like you’re contributing by writing stories, you get to know your school a lot better,” Pietras said.

The Mercury may thrive on the efforts of the student team, but the paper’s survival is widely thanks to the class advisor, Peter Riegelman, who picked up the mantle from his predecessor, Gene Sink.

“Five or six years ago Mr. Gene Sink was teaching journalism, and I taught one of my classes, when I didn’t have my own classroom, in his classroom and he shared with me a number of times what was going on and brought in the Mercury when it was done being published. I always thought it was interesting and I liked the idea of having a finished product. I find that students are more interested in going the extra mile when they’re doing something that’s real and it’s not just for the teacher,” Riegelman said.

Riegelman even shares the drive of students like Pietras, though he can’t help but feel sad and even angry at the heat that journalism as a whole has been receiving, and the subsequent lack of interest.

“It makes me feel kind of sad. In some places journalism is prospering, I think journalism is, under our current president, getting a bad rap. That basically makes me angry, quite frankly, because all journalism is about is seeking truth, and I believe that the students who have been through, especially the students who have served as editors have had a very valuable experience at BFA looking for the truth and taking on challenging story topics and sometimes getting called out. When you follow the basic tenets of journalism and make sure you have multiple sources and that they’re relevant and accurate and you do tell the truth, then great things happen,” Riegelman said.

While Pietras undoubtedly believes the decline in interest in journalism is part of a larger trend, Riegelman has doubts as to a possible correlation.

“It’s hard for me to know whether it’s a school trend or a societal trend. Overall, as our enrollment has gone down from 1250 [students] when I first started here, to a little over 800 if I understand it, we’ve lost a lot of electives. To me, journalism is one that has hung in there, and because we have such a long tradition, I don’t think it will ever go away. I hope not, it’s been since 1930 and I sure don’t want that to happen while it’s on my watch. We’ve done some very good stuff, we were involved in testifying for the New Voices law that students from BFA were at the signing for that law, which took place in South Burlington. We do have a very strong group of people who support the Mercury, some of them came out of the woodwork last year when it looked like we may not run that class,” Riegelman said.

Amongst the shaky future of news and reporting, the camaraderie of the Mercury’s team of students holds strong, and with the 2019-2020 school year approaching in the near future, we welcome anyone interested to join next year’s team of journalists. While in some cases the idea of reporting may seem lackluster and unattractive, it is a truly fun and eye-opening experience. The Mercury looks forward to meeting any new faces with the next school year cycle.