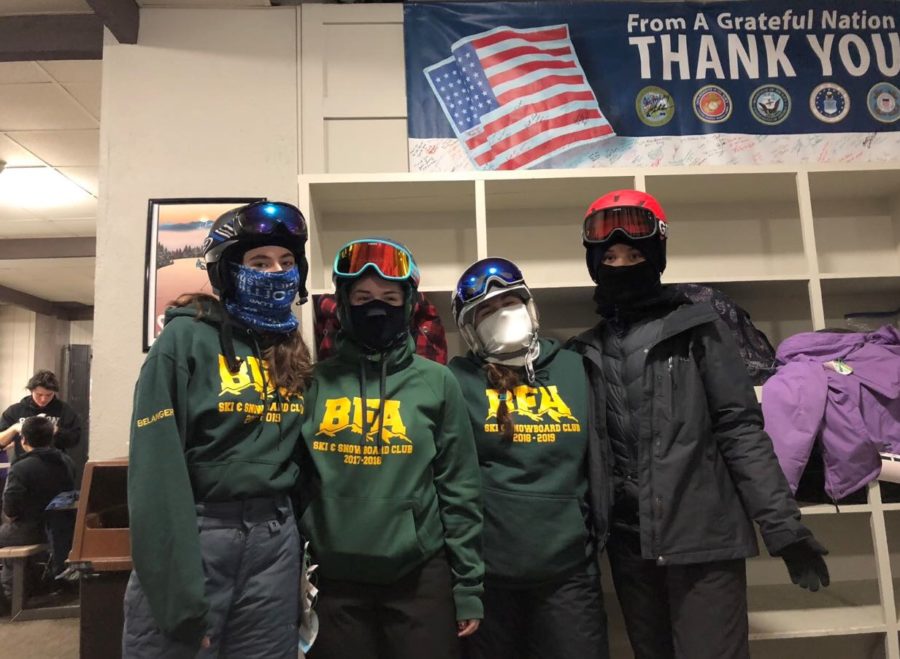 Due to a lack of willing participants, BFA’s Ski and Snowboard Club was forced to cancel session two. But how can a club that once filled two busses end up without enough students to reach the required minimum?

Chris Pepin started working as a school counselor at BFA in 2013. Around the same time, he also became coach for the Ski and Snowboard Club.

He is shocked by this drastic decline in participation.

“This is my fifth year and we have always had at least 40 kids sign up. First session we had 22 and then second session we had like 11 or 12. You do have to have at least 15 students to do the club, that’s the rule at Bolton [Valley Ski Resort] ,” Pepin said.

This huge drop of participants posed a problem for the few students still willing to do the club.

“The problem with that is that the bus is very expensive. The busses are $345 every time we go. That’s really a road block for us being able to go up and do it. The other challenge is that when you have 45 students and you build in $30 to $45 [for bussing]. Without any students that affects the cost of the bus. The problem is when you have half of that, you don’t have enough to cover the busses and we can’t have a loss in the program,” Pepin said.

Pepin suggests some possible reasons behind these unfortunate circumstances.

“The only thing I can think of, but I can’t imagine that in this area, is that there is a decreased interest in those types of sports. [Or] they maybe just want to go out on their own. [Another] challenge I’ve had with the club is I’ve had to cancel when either we get a ton of snow or when its really cold because the busses can’t go up. And that can be frustrating for students as well. It’s not just nordic, I think it’s all of it. It’s decreasing interest in many sports and I’m not sure what that’s all about,” Pepin said.

“I noticed that in general team sizes are smaller across the state. Even some of the bigger schools are combining teams because they don’t have enough to fill a team. I think statewide numbers in athletics are down. I also know that numbers in school sizes are down. Fifteen years ago there [were] 1300 kids here at BFA and now it’s like 800 or something. In general, BFA has reduced numbers in athletics too. It think it has to be with mostly less kids in school,” Walker said.

Other sources, like CBS News and BBC mostly blame the price aspect for the decreasing interest in skiing and snowboarding.

Just like Pepin mentioned, coming home at around 9:30 PM on a weekday could also interfere with students‘ busy schedules. Maya Perrault (‘20) was a club member last year but wasn’t able to spend time on that this year due to other scholarly requirements.

“As a junior I’m in AP classes right now and I have a lot of homework and as much as I love being on the mountain, it’s hard to get back so late and still have time to do all my homework before I go to bed. My sleep is important to me and so are my classes,” Perrault said.

Former club member Ryan Martin (‘19) was in the same position as Perrault, although he really appreciates the Ski and Snowboard Club’s opportunities too.

“The only reason I didn’t participate in the club this year was that I just didn’t have time for it for other reasons. I think the club is a great opportunity for anyone, beginner or pro, to just blow off some steam and make some great memories,” Martin said.

Pepin, along the students who are interested in this Club, worries about how the situation is going to develop in the future.

“My dilemma for next year [is that it] will be first time in five years that I don’t have a club. Next year my plan would be to quite a bit ahead of time do an announcement and just call people down who are interested and then we will determine whether or not I continue with this club which is a disappointment for me because I really love it. I love to snowboard and I love to hang out with students, so it’s a win-win situation. I hope it’s an exception this year, but I don’t know. So that’s why next year I need to gauge the numbers,” Pepin said.

Amanda Powers (‘21) is one of the few club members who signed up for both sessions but couldn’t continue due to the cancellation of session two.

“I’m very sad that this year we [were] unable to have session two. I don’t know why people wouldn’t sign up for it because it’s such a great program that we have at BFA! And I’m already getting excited for next year!” Powers said.

Although there are plenty of possible of explanations and reasons for the Ski and Snowboard Club’s flop this year, a mysterious uncertainty about what the future may hold for interested skiers and riders remains.