Clubs: for college or for fun? 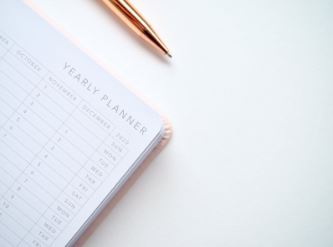 The pursuit of a good resumé for college can be a tough one. Wanting to make a good impression may be at the top of the list. Stacking up on clubs to flesh out a resumé seems like a good option, but is it really?

The BFA website states that the clubs offered are great and hand out many opportunities to students.

“There are more than 50 co-curricular activities offered, all of which cover a wide range of interests and are all supported by caring faculty and staff.  Activities include leadership opportunities, career related clubs, arts activities including music, dance, drama, diversity groups and club athletics.”

As the race for spots in good colleges becomes more cutthroat each year, students want to look good. Adding clubs and community contributions to a resumé may be the extra boost to nab a spot.

With all the clubs on their schedules, it’s a question of whether they are just for looking good, or if they are for fun.

Riley Maher is a junior and a member of four separate clubs at BFA. He has plans to later go on to college after high school. He had his own reasons on why he is a part of so many clubs.

English teacher and Scholar’s Bowl coach, Nate Archambault, is concerned about the situation. As an 11 to 12 year club organizer, he has seen how long the issue of clubs for college has been going on for.

The future is uncertain, but the past is not. Archambault has stated that, “ [Taking clubs for college instead of fun] has gotten worse over the years,” so one can assume it will keep getting worse.

A teenager’s life is filled to the brim with social activities already. All the clubs mixed in can cause unneeded stress and fatigue for these students.

Maher has attested to this. With the multiple clubs he has been involved in, he agrees that the activities have worn him out.

The students who are involved in clubs just for a good college resumé may not be as involved as those who joined for fun. As a club organizer, Archambault has his thoughts on that.

There is a solution to this issue. Archambault has had experience in his many years of running a club and has some tactics to weed out uncommitted members.

“Meeting face to face is important. Over email people can say they are committing, but they are not actually committing. It’s best to track them down and talk face to face and once we do it once, they aren’t likely to make us do it again,” Archambault said.

No one can stop those who participate in clubs for college instead of fun, but Archambault has some good advice for them.

There is nothing wrong with wanting to plan for the future, but every action has consequences. Consider the feelings of the teachers whose clubs are being used as a tool instead of being enjoyed as they intended.

Even with those who only participate in clubs for college, there are still some students who take them for fun. Clubs offer a place to relax, have fun and connect with other students. Those who take clubs for college instead of fun aren’t any less valid.

What is important is participating in the clubs. The more people involved, the higher chance of the club running. So having a club run with people interested in bulking up  resumés, is better than no club at all.