Who is Mr. Perkins? 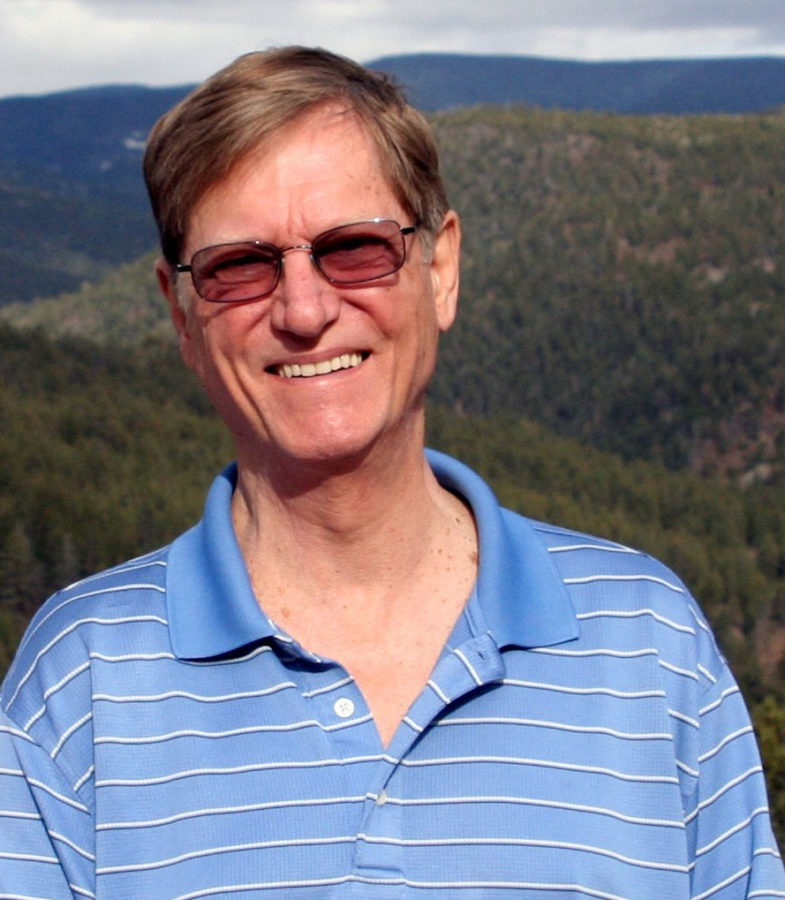 “Regular” teachers at BFA are mainly there to teach you about Pythagoras, the Feudal System and charcoal pencils. From time to time, a substitute teacher shows up and you eventually end up getting a lesson about life instead of how to solve for x.

Most students at BFA have probably met John Perkins, who works as a substitute teacher at BFA. Perkins was willing to share some more details about his life, proving that talking to people who have already experienced a life full of ups, downs, adventures and events, can teach you a lot about what life is really about.

“My early childhood was very blissful. That is despite the fact that I was born into abject, complete poverty. That was at a time where the concept of a woman earning the same thing as a man was an absolutely totally foreign concept, so [my mother] had very little income. Even though we were extremely poor I had no idea that we were poor because I was very young. The first time I knew that we were poor was when I went to first grade and I had no shoes. Then I realized on how the other kids in class reacted that I was very poor.”

How should the word poor be defined? It depends on from which perspective you look at the situation. Can I be rich without using $100 bills as tissues to pick up that spilled caviar from the floor of my Lamborghini? The Oxford Dictionary considers “Lacking sufficient money to live at a standard considered comfortable or normal in a society” poor but according to Perkins, there is much more meaning behind it.

A quiet extreme example for how much of a roller-coaster life can be, Perkins had to develop self-responsibility when nobody else did and that could have led to real misfortune, but he decided to turn the ship around and work actively against the odds.

“Before I graduated from college, I was married. I had a series of very unfortunate events in my life and became very disillusioned. My wife and I decided that we would like to visit Europe before I entered the job market. We simply packed up everything in our house, got on an airplane and went to England, with no plan. It was five years before we came back even for a visit to the United States.”

From that point, travelling played a huge role in his life. 30 years of working for American Express, as well as Perkins’ thirst for adventure and discovering foreign cultures led him to travel to 100 different countries; in nine of those he lived for a longer period of time.

“My goodness, I’ve done a lot of crazy things. I have been hang-gliding in Brazil, I have swum with stingrays in the Caribbean, I’ve been in a cage with life tigers, I have been in villages that were filled with tarantulas, I have been in jungles and attacked by macaque monkeys, [I] sailed down the Nile or the Amazon or hot air ballooned in Egypt or tracked in the jungle with elephants… goodness gracious, there are many many things.”

While some people might question some of those unusual activities, Perkins acts with a dedicated attitude. Asking him if he at some point wasn’t courageous enough to do something but now regrets not doing it, he answer exactly one word: “No”.

This motto definitely explains why Perkins now has so many stories from his life to tell. His analysis about most people’s behavior and his answer to the question about what people waste time on:

Most people would have probably packed their suitcases at least when they were about to share a cage with live tigers, but Perkins manages to overcome this natural instinct with more sagacity.

But what makes a life full and rich and fulfilling?

That brings one more value into the game: relationships. This aspect of life plays a big role for Perkins and from his experience he can tell why those are so important to maintain.

“I think that anything that is a physical object that they value more than the relationship that they can build with other people then that’s a mistake. A successful relationship is based on equality, self-respect for each other, a genuine belief that there is no need to change whoever it is you have a relationship with. You need to accept people for exactly who they are. If you fail to do that, then you are not giving them the respect and dignity that every single person in the world deserves.”

The world’s progress in technology brings a huge change, and particularly looking at communication, which plays such an essential role. Since Perkins grew up without the daily casualness of carrying a cell phone, so he knows how much today’s interactions differs from back then.

Additionally he has another concern about the new generation’s future.

“I know that there is no question if there is climate change and I think it’s gonna be the most challenging problem for the next generation because essentially it will create such conflict that there will be wars over food, there will be wars over water, there will be whole civilizations that will be completely and totally challenged by what will happen to the climate. I think there is hope for a solution but I think it takes extremely brave actions, it takes thinking outside of the box and being brave enough to take those actions.”

At the end, Perkins concludes his thoughts and knowledge about life.

“I have had the opportunity to do many things but I’ve also lost everything, quite a number of times and I learned through that, that possessions are not really the meaningful thing that you have in life. The meaningful things that you have in life are the relationships that you build with other people. Life is so rich and so diverse and so intriguing and captivating and so immense that no matter how much time you try to explore and understand, you’ll only ever be able to see the tiniest bit of the surface.”

So, next time you walk into class and your regular teacher is not present, don’t despair. An unexpected life lesson might be just about to happen!