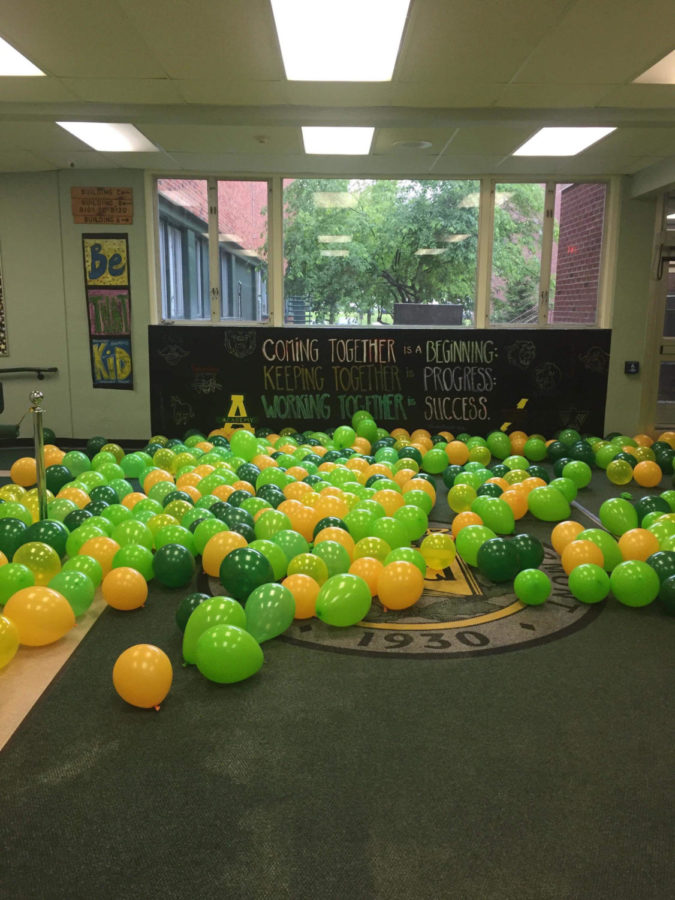 Note: The Mercury rarely uses anonymous sources in stories. The editors felt it was appropriate for this story.

As many people may know, there is no student parking on campus at BFA. If a student drives to school, they must park on Church Street, Bank Street, Lincoln Avenue, etc. in order to have a spot.

Class of 2019 seniors decided that the senior prank was going to involve the infamous lack of parking on campus.

Seniors planned to park in the spots of BFA faculty and staff, avoiding those for Community Integrated Program (CIP) and the Northwest Technical Center. The prank was planned to take place on Wednesday, May 29.

The plan was that seniors would get to BFA from 6:00 to 6:30 a.m. because most teachers would not arrive until 7 a.m.. Upon arrival, students would park in a spot, and everyone would gather between buildings to eat breakfast foods and hang out. Students had approval from Student Resource Officer David French, and he would be there as supervision.

However, the prank was thrown off of its course when Principal Chris Mosca sent out an email to BFA staff on Tuesday, May 28.

“It was brought to my attention that as a ‘prank’ seniors may be arriving early tomorrow to park in staff parking spaces. I have spoken with Sergeant [Paul] Morits who will be notifying appropriate personnel to redirect any students who would try and park in designated staff spaces,” the email read.

A student who wishes to remain anonymous originally began planning the prank.

“It originally was just an idea my friend had but wasn’t going to do anything with said idea. I then got the list of spots for each teacher and photoshopped a map with all of the lots,” Anonymous source said.

The anonymous source explained that this parking prank would be better than previous pranks.

“I don’t think the rubber ducky [prank] was as good as what ours could’ve been,” Anonymous said.

The anonymous source also feels that Principal Mosca should not have prevented this prank.

“I think [Mr. Mosca banning the prank] was a mistake because it only made the senior class mad and willing to go to further lengths for the next pranks,” Anonymous said.

The anonymous source feels that most teachers would have a good reaction to this prank.

“I’d say there would’ve been a mixed reaction [to the prank]. Chill teachers would’ve parked somewhere else and had a mild laugh at it but the hardcore ones would’ve been mad and probably [would have] tried to get to the student parked in their spot to move,” Anonymous said.

On Wednesday, June 5, BFA seniors conducted another prank; multiple students filled the main office waiting area with hundreds of green and gold balloons. By the end of the day, all of the balloons had been popped by people stomping on them.

Although this prank was more mild than the parking one, it still brought laughs to underclassmen and staff and was a good way for seniors to end their time at BFA.

NOTE: There is some incorrect information in this article. Officer French did not say that he would be there to supervise the prank or approve it, however he did say he would not give out parking tickets for it.