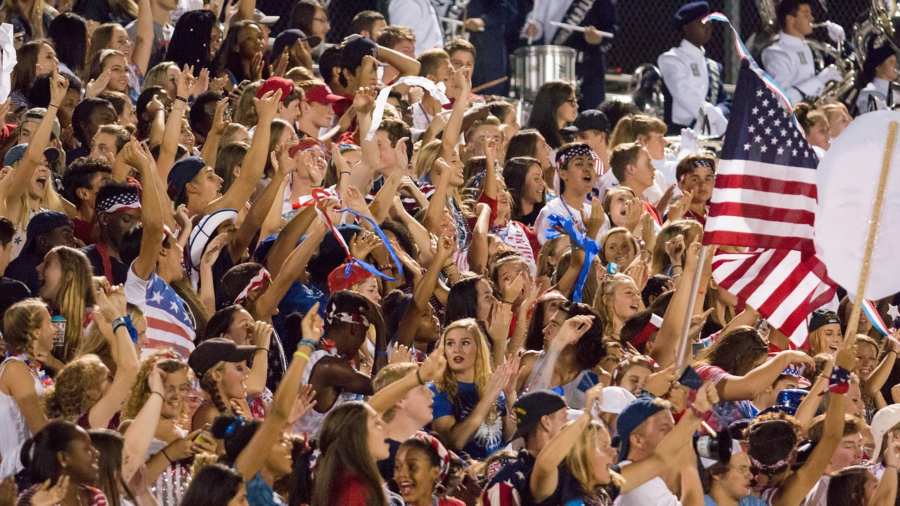 High school sports. A place to find members of your class wearing face paints under their eyes, funny posters, and most importantly a place to cheer and scream off that stress from math class.

High school sports are one of the most important aspects of high school. This is the case because it is the backbone of school spirit in the ways of its posters and catchy cheers. It also is a great way to have fun with friends.

Now that winter sports are frosting over soon, questions pop up.

How important are fans really, and what is it like being one?

In an article The Healthy Flip Side of Being a Sports Fan written by Lisa O’Neill Hill, it explains that being a sports fan brings different habits and forms of happiness, really setting sports fans apart from the rest. It also explains how great it can be for your mental health.

“Scientists have found that being a sports fan can be good for your emotional, psychological and social health,” Hill wrote.

Does being a sports fan contribute to your happiness?

“I would say it does. It’s a great way to get out and be social with people. It’s a bond, you want your team to win like everyone else,” Robert Gamache (20’) said.

“My favorite sports season to watch is probably football. Because a lot of fans go and support our school’s team and the season seems more exciting,”  Daudelin said.

Standing on the bleachers watching your fellow classmates put in work really does something to people. It’s what makes the school rush with spirit, and it is a place to release screams and cheers.  It makes one a part of something bigger, where everyone’s rooting for the same team and positive vibes are everywhere.

In the article The Psychology of Being a Sports Fan by Larry Stone,  it explains more about how being a fan is  within a person’s mind. That is, how it makes humans fee,l being a part of something bigger.

It’s a given that happiness and excitement are brought to the games by the fans, but just how important are fans really?

“Without fans who are you playing for? Yourself and your team, and yeah that’s great, but you wanna show your skills off to other people and prove yourself, just the fans are like your reward,” Gamache said.

In the article Why Fans Are So Important by Cornelius Jackson–Edwards it is explained why fans are just as important as the team itself.

“If a team had absolutely no fans, they would go out of business. Fans are really that important,” Jackson-Edwards wrote.

This goes for new jerseys for the hockey team, or the basketball court getting redone a year ago.

It can be inferred that this upcoming winter sports season won’t be one to forget.

Emily Rocheleau (20’)  is a rambunctious sports fan, known for passing out a bag of Jolly Ranchers to the crowd at almost every game.

“I’m super rowdy at all the games, you can always hear me,” Rocheleau said.

BFA’s student section is always open for more members, and definitely more voices to cheer on all our teams.

If you’re looking for a good time and a way to take off all that schoolwork stress, stop by at any of the upcoming winter sports events.