Making and Remembering Legacies at BFA 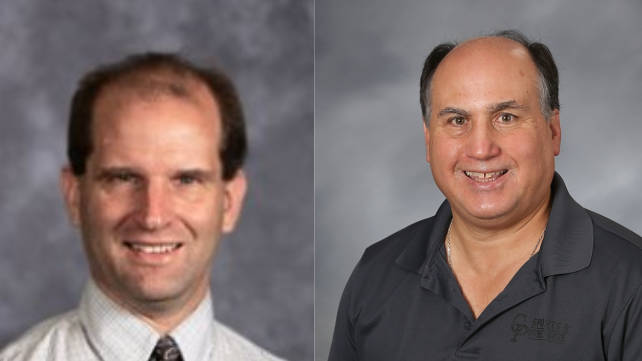 Chris Mosca, former BFA Principal, announced his resignation to the student body on October 22, 2019, one day before he left the position. Mosca’s decision to resign comes in light of the need to reconnect with his family in Maine.

“It was a difficult decision. The fact that I live in Maine (and) that my family resides in Maine, I’ve commuted back from Augusta, Maine to St. Albans for over six years. It’s six hours each way, so in the winter time… is pretty nasty,” Mosca said.

Mosca continued, explaining some of his reasoning behind his “difficult decision.”

“You start to realize how much you miss your family… or major events like graduation and celebrations. Sometimes I just can’t (be there) because of the distance, so it made me realize that I really need to be back, or closer,” Mosca said.

Though Mosca attributes his logic in this decision to family, he admits the struggle behind the scenes of the last weeks of his position.

“The last few weeks have been very difficult; it’s not a secret that there’s been a lot of attention around the challenges of implementing proficiencies and trying to have transcripts ready for the class of 2020, there were a lot of public meetings where people talked about it. The right thing to do as principal is to accept responsibility and work to make it better, so that’s certainly a factor as well,” Mosca said.

Overall, Mosca “enjoyed the work,” and was proud to hold the position of principal.

“It has meant a lot to me. We had a meeting with our faculty… and I talked to them personally, and I was clear. I said I was proud to wear the green and gold,” Mosca said.

In Mosca’s absence, the Maple Run Unified School District has named Assistant Superintendent, Bill Kimball, to serve as BFA’s Interim Principal for the remainder of the 2019-2020 school year. His appointment to the position in October left little time for students to get to know him on a more personal level. Outside of work, Kimball enjoys exercise.

“I’ve been an avid endurance athlete, so my main sport is nordic skiing, also running, biking, hiking, and growing up in Vermont, fishing, and hunting, but I haven’t done it in many years because I’m doing a doctoral degree right now,” Kimball said.

“I’m still the Assistant Superintendent for Maple Run. Some of the main things I still hold under responsibilities there are new contracts to be negotiated with the teachers and support staff, so I’m responsible for that… and for the construction here at BFA and the construction at Fairfield,” Kimball said.

Kimball expanded on the responsibilities he has, explaining his perspective on the job of Interim Principal.

“The thing that I’m trying to do here as principal is what was done for me. My job is to grow other adults, because without many people helping kids, you can’t do it…. My job is to be an educator of adults, and to grow everyone to be the best they can be, whether that’s a teacher, an administrator, support staff… it’s everybody,” Kimball said.

Kimball continued on his responsibilities, revealing the first things he’s doing as Principal.

“I’m working with Ms. Fitzgibbons, Ms. Kattam, Dr. Randall, and Mr. Bloom. We’re looking at all of the administrative tasks and saying, “who’s doing what?” We’re trying to keep things as similar as before, but some of the (responsibilities) Mr. Mosca (had) might be with them, and some of them might be with me,” Kimball said.

Kimball’s reason for taking on the position of Interim Principal is simply because “It was needed, for the kids.” One of these necessities, in Kimball’s opinion, is school-wide leadership.

“If we have more people that are successful and good leaders, the more we can help kids. Because a teacher is a leader in a classroom, kids are leaders in the classroom. I believe in doing that with students, that’s why I worked with seniors right away. Yes, we need everyone’s leadership here, it’s not about a leader, it’s about everyone being leaders, and knowing how to work together,” Kimball said.

Honesty is a necessity for BFA. Kimball holds this concept highly. It is a position similarly held in high regard by journalists.

“One of the things I hold highly, and what I’ve been leaning on through the work I’ve been doing here since September, is just you have to be open and honest with who you are. Some people will like that, and some people won’t, but if you don’t do that, it doesn’t show who you are. That’s really important. People need to get to know who you are to be able to trust you, so I’m willing to talk about anything, sometimes people don’t like what I have to say, and I understand that. If they understand that I’m looking for the whole, that I’m looking out for everybody. That’s how I’m making my decisions,” Kimball said.

In light of his “looking out for everybody,” Kimball notices that the lines of communication between students, faculty, and administration need to be open.