Is There too much Pressure for Girls to Have the Perfect Bodies? 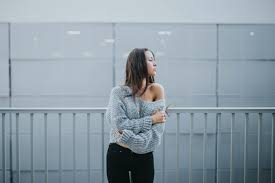 Did you know that 10% of the population has, or will, struggle with an eating disorder at some point in their lifetime? According to the National Association of Anorexia Nervosa and Associated Disorders, that’s a total of 29 million Americans, most of whom will go undiagnosed.

Everyday, females find themselves struggling with who they are and the body they live in. Young girls feel compelled to compare themselves with people of all body types.  As a female, you can’t help but read the percentage of fat on the protein bar you’re about to eat or track the number of calories you just burned walking up the stairs at school. You can’t help but avoid strength and only do cardio for exercise until it becomes addictive. Skipping meals, over-exercising and constant measuring only accounts for a dangerous path to an eating disorder.  You can’t help but become obsessed with tracking calories, miles and steps with the latest fitness, which is designed to motivate people that need to lose weight. Too often, females are convinced by social media, sports and magazines that they’re not the right size. Due to societal pressures, girls, throughout the United States, are struggling to find peace with their bodies as the result of pressure to maintain the perfect figure, which is causing problems physically and mentally.

Social media, the hub for people to share about their lives, teenagers especially, has certainly had a significant impact on the pressure for females to maintain the perfect body image. As a teenager myself, I’ve seen a number of young adolescent females try to advertise themselves in skimpy clothing, in which they pose as if they’re supermodels. They’re struggling to find the value within themselves. According to the American Psychological Association, the way in which people are raised and what they’re exposed to from a young age is key to determining beliefs and norms. Young women are easily persuaded by what they see and hear on the internet. They often misinterpret messages and don’t always know the difference between what to believe and what to ignore. The way in which we respond to each other’s appearance and behavior dictates how we feel about ourselves, therefore making it easy to send and receive the wrong message. While you may see a picture-perfect celebrity pasted on a billboard, which has been thoroughly photoshopped, social networking allows you to look at a photo as many times as you want. While many of these pictures are fake, girls can’t help but tempt themselves to appear like celebrities.

According to AP news, some people may say that obesity is on the rise, and health professionals should be encouraging women to lose weight as the rates continue to rise. The purpose of intense athletic training should be centered around keeping athletes at the lowest weight possible.  However, the idea that human beings should be taking unhealthy measures to “look healthy” is arbitrary. People are born with a variety of different body types. Telling someone they need to lose weight in order to align with someone of a different physique only creates a stream of health problems ranging from depression, anxiety, anorexia, bulimia etc. Athletics, especially, portray the idea of maintaining a thin body to perform, especially at a professional level, which harms female athletes’ self-image.

According to the New York Times, “Lauren Fleshman, a pro runner, believes she never reached her full potential as an athlete, due, in part, to focusing too much on body size. Early in her professional career, she compared her weight to that of the top female athletes on the World Athletics website. To be successful, she calculated, she needed to lose eight pounds. With restrictive eating and hard training, the weight fell off, and she got faster. So Fleshman kept at it.” Fleshman’s performance only worsened as she developed injuries, which led to missed opportunities such as the Olympics. Fleshman also watched numerous athletes struggle, physically and mentally, as coaches continued to push body imaging to stay in top shape. Females are growing up with the expectation that they must be skinny to compete in a sport. Training and competing underweight will only lower an athlete’s performance and increase susceptibility to injury. Female athletes, in particular, are most likely to experience an eating disorder. As they’re constantly judged on their performance, it’s easy for female athletes to develop negative self-esteem when their figure is criticized, especially when there are high expectations for their appearance. Therefore, there is too much pressure for girls to maintain the perfect bodies.

Today, the pressure young girls put on themselves to sustain an ideal body is dangerous, both physically and mentally. People are extremely judgmental of who people are and what they can’t change. Girls, especially, are prone to put themselves down for their appearance, which leads to unhealthy habits. It’s time for women to learn to appreciate who they are and what they’ve accomplished. Instead of worrying about fitting into a particular size, buy the jeans that fit comfortably for your body type.