Failure: The Key to Success 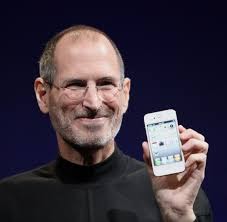 Sure, you go to school to learn; you go to your calculus class to learn about calculus and you go to college to achieve a higher education, but let’s be real, when do trigonometric functions help you in the real world? I will say, there is a lot of value to school that can help you become successful, but the most important lessons don’t come from the lectures or the notes, they come from failure. Failure serves as the main foundation for success.

Failure comes in different forms, whether it be forced, or uncontrollable. The reason why failure is important is because it puts you into a situation where you can either give up, or you can learn from your mistakes and keep on pushing. For Steve Jobs, failure came in the form of being fired from a company that he helped grow. According to businessinsider.com, Jobs was fired by Apple in 1985. Instead of Jobs accepting the failure, Jobs bounced back and founded NeXT, a PC company. Although sales were initially slow, Jobs was able to stay alive in the PC industry and was eventually bought out by the struggling Apple business in 1997, bringing Jobs back to Apple. Instead of giving up after initially being fired by the company he helped create, Jobs learned from his failures and eventually got bought back by Apple. This proves that lessons learned from failure lead to success.

Although failure can ultimately cause you to be defeated, such as a basketball player suffering a career-ending injury, it is important that you don’t give up, but, instead, continue the path to success by learning from those mistakes and avoiding the same situations that caused you to fail. In the basketball player’s case, he can bounce back from that situation by finding a separate career path for him that will prevent him from reinjuring his body, such as a broadcaster or coach, ultimately learning from the situation. Although failure can be presented as uncontrollable, you can still learn from it and become successful.

Imagine a lion stalking a wildebeest; the lion slowly encounters its prey, but the lion missteps, alerting the wildebeest, causing it to run away. Although the lion failed to execute its hunt, he won’t give up. Instead, the lion will learn from the mere mistake and attempt the hunt from a different approach. It may be an instinct for the lion to be sneaky on its hunt for the wildebeest, but only experience with failure will teach the lion how to become successful on the hunt, proving that failure can provide lessons to become successful.

Failure serves as the main foundation for success. Failure exists in all ways of life, and it is the way in which you react to it that truly makes you successful.