A Thank You to Coach Mashtare 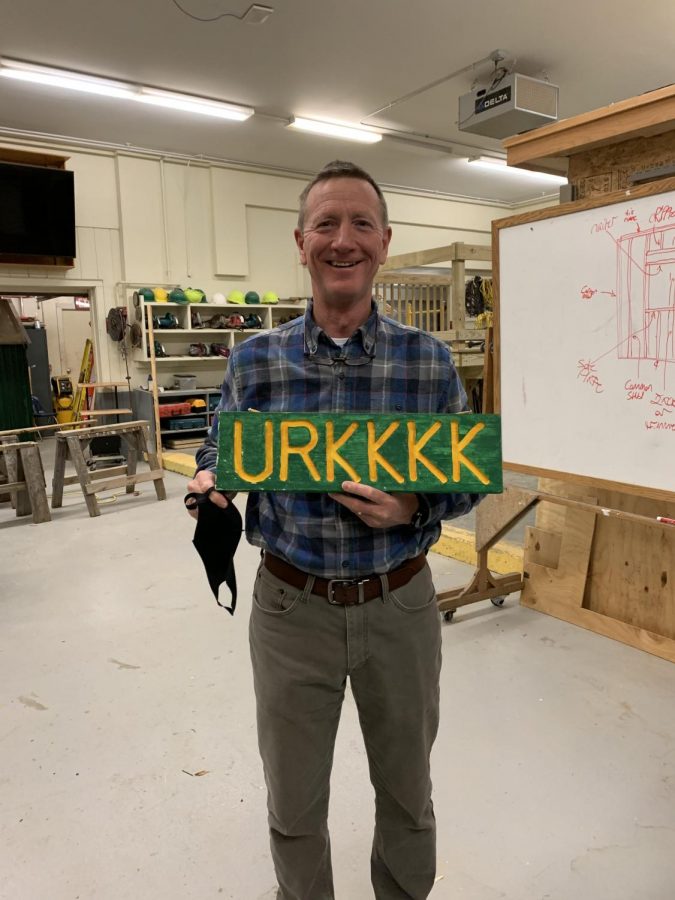 On Dec. 8, the BFA cross country team’s seniors presented Coach Michael Mashtare with a sign that says, “URKKKK,” which, according to Iris Burns (’21), is what the team cheers before races.  The phrase was coined by Coach Mashtare, who yells this as a form of a cheer to students as they race.

Each year, the cross country seniors give a senior gift to Coach Mashtare, and this year they decided upon a sign to pay tribute to Mashtare’s phrase and enthusiasm.  According to Burns, who made the sign, on the back of the sign, it says “Mash.”  Surprisingly enough, Dec. 8 is also Mashtare’s birthday, so, in a way, it was also a birthday present.