Video Games are a Form of Art 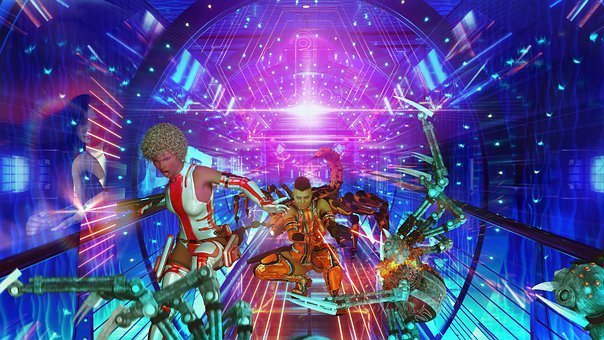 The arts are centered around many forms such as film, writing and the fine arts, which deal with drawing, or painting, but one form of art that is sometimes overlooked by many is video games.

On April 16, 2010, there was a claim made by Roger Ebert who made an article about how Video Games Can Never Be Art on his own website Rogerbert.com. At the beginning of his article, he said he would not defend the title of his article, being somewhat neutral before going on to say, “It is foolish for me to say ‘never.’’ As a fellow artist and gamer, I would say that video games are very much an art that people can express themselves with.

One of my favorite games that I have come to know and cherish is Silent Hill 3, produced by both Akira Yamaoka, and the team known as Team Silent, a production group within Konami Computer Entertainment Tokyo, and published by Konami for PlayStation 2. The game was made with the idea of a twisted world that has a rather dark past in the history books that deals with the cult, which seeks to revive a malevolent deity. Games such as Silent Hill 3 take story writing in the direction of horror fiction, in reference to the writing style of Stephen King, along with the film Jacob’s Ladder. Thinking about the movie Silent Hill Revelations, which follows a similar path to the game Silent Hill 3, both go through a similar process, both need visuals, guides of where the movie or game will go, writers to make the story come to life and actors to portray the characters, whether they be physically or emotionally available to play a role. Therefore, film and video game production go through a similar enough process for video games to be considered art.

For many, the word “video game” is a term that people relate to shooting, killing, profanity and a pure waste of time with some renowned critics even stating that video games represent a loss of those precious hours we have available to make ourselves more cultured, civilized and empathetic. Some games are like that for some players who may not want a story and just want to hop into the game with shooting and a gun. However, think about the time and effort the designers put into making the game, combined with a lot of mediums, especially with character design, or the visuals of the levels or places that need to be made in order for any kind of gamer to really interact with the game.  Just like anyone who makes something that they enjoy doing, it is an art.

Time goes into making games, like movies, like books, and even practices that are well-known like drawing and painting, they all have something in common with one another, which is entertainment for people who enjoy different types of mediums. I do not see the reason why video games wouldn’t be an art, due to the time spent on producing the game, to come up with a storyline, to create a world that people can explore, where people can relate to characters in the games like in fictional horror such as Silent Hill 3. Some people would be able to relate to a character like Heather, who is the main playable character in Silent Hill 3.  She only lives with her dad and possibly had the absence of a motherly figure growing up.  The player may even have a fascination with exploring the unknown like Heather does.

I truly believe that video games are an art that lets people express themselves like an art form would let them portray; it’s their own journey of finding their own medium. Now, I would like to say maybe you have a favorite place in a video game that was absolutely breathtaking.  Take it from an artistic point of view to see the beauty in the art of video games.