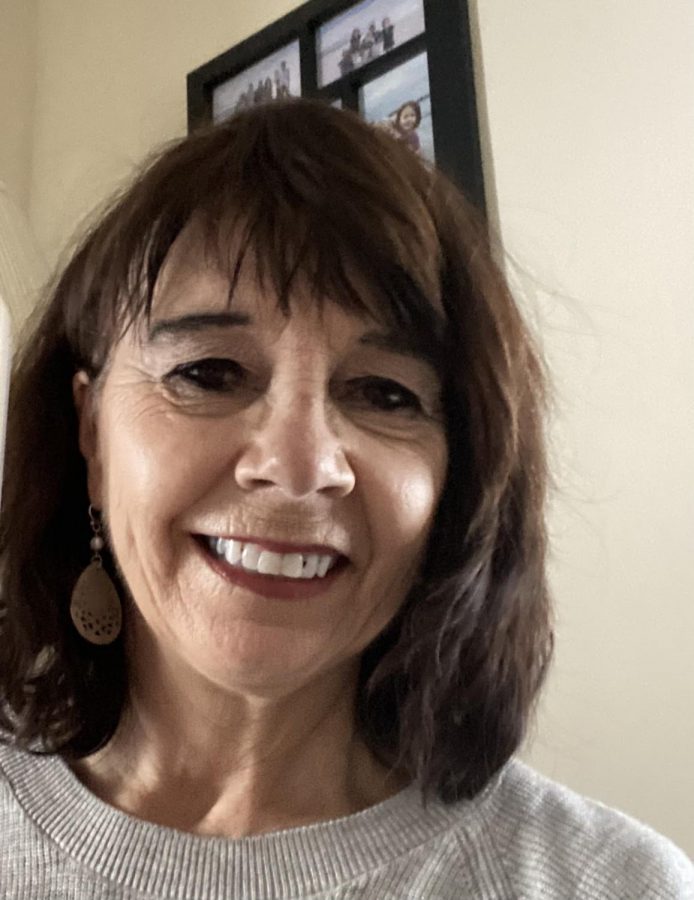 From early child care to high school teacher, Bellows Free Academy’s Paula Johnson (’73) has had a thrilling career. While today she can be found substituting for fellow BFA teachers, Johnson has a long and detailed history of her impact on Bellows Free Academy.

Johnson graduated from BFA in 1973 and moved onto her journey as a teacher through secondary schooling. Double majoring in both French and theater, Johnson spent her time at Marymount College in Tarrytown, N.Y.  Then, while at Boston University, she earned her teaching license in English as a Second Language and her master’s in bilingual education.

Regarding her choice to major in French, Johnson said, “I was always really interested in French [and] language in general…I was interested in how language was similar across languages, or the romance languages at least…I always enjoyed that aspect of language. … And my background is French. My grandparents [were French]; I grew up listening to them speak French. I really took a shine to it, as well as theater,” She earned her certificate in French from L’Institut Catholique in Paris and a Certificate of Advanced Graduate Study from Southern New Hampshire University. She also had the opportunity to study abroad in Paris.

Armed with her new understanding of the French language and how to teach it, in 1977, Johnson began teaching for the Franklin Northeast Supervisory Union before swiftly becoming the Title VII Bilingual Education Director for the Union. It wasn’t until having her first child that Johnson made the switch to teaching high school, becoming a French teacher at Enosburg High School.  When she became pregnant with her second child, she decided to make another shift to staying at home with her children.  She did, however, continue her passion for teaching through the Community College of Vermont.

It wasn’t until 1999 that Johnson would enter BFA as a teacher, following in the steps of family members like her father and aunt. “It was kind of like a second home to me, so I was always anxious to be [at BFA], be a part of it, be involved,” Johnson said. She added, “What excited me, as a teacher going in, was the kids and the fact that I really, really, really enjoy teaching [French].”

After 18 years of teaching at BFA, Johnson settled into a retired life, but not for long. Her passion for teaching brought her right back to BFA, this time as a substitute teacher. When asked what her favorite subject to substitute for was, Johnson said, “French, of course! And when I’m in Enrichment, I tell kids [that] I teach French, so if anyone needs any help, I’m here for you.”

It’s not only teaching that Johnson returned to after retirement, she is also very involved in the BFA’s theater department. Johnson has always had one hand in the theater department, volunteering and assisting in their musical productions each year. Most recently, in the fall of 2019, she starred alongside BFA’s current French teacher, Kristi Waite, in a small speaking role in Matilda the Musical. The pair also frequently judge the class versus class, student-directed play competition, “Clash of the Classes” (formerly “Junior Jam”).

“I have witnessed BFA in three chapters:  the ‘BFA of old,’ which was the private BFA (with headmasters, board of trustees, real dress codes that had real consequences if crossed and solid session every Friday), the ‘public BFA’ and now the ‘merger BFA.’  There have been within these three chapters many changes.  I left carrying with me only the good memories and the fun times and thinking ‘Intelligence plus character, that is the goal of true education’ (Dr. Martin Luther King),” Johnson said.