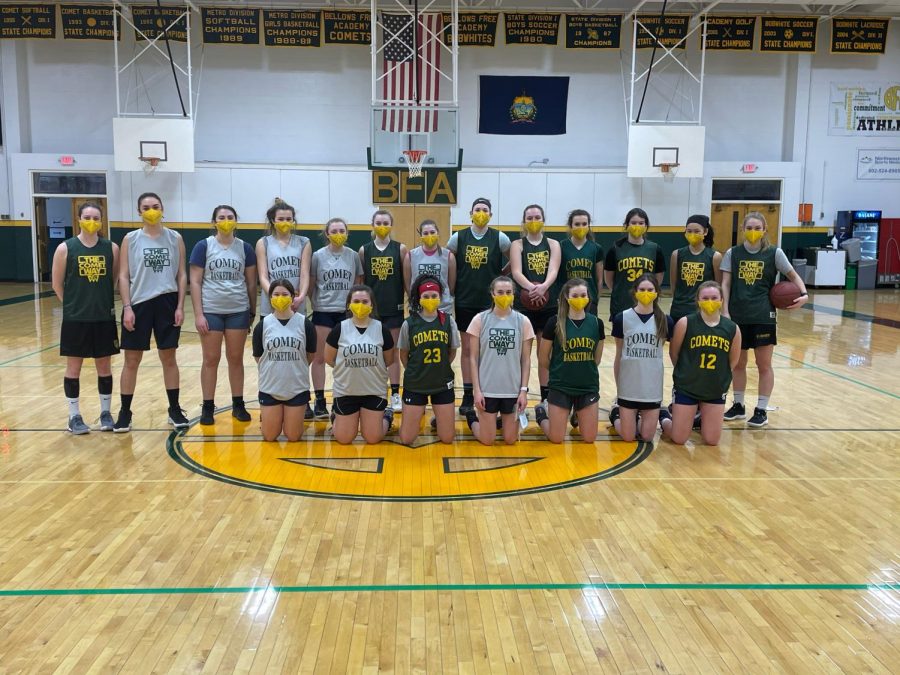 Covid-19 has brought many challenges to the students at Bellows Free Academy. Along with the new hybrid schedule, students have been anticipating the beginning of competition regarding the basketball season.

Although they have been able to hold limited practices since Dec. 26, they haven’t gotten the go ahead to play against other schools, the most exciting part of the season.

Life got a little better on February 5, 2021, when Governor Phil Scott announced schools could begin the next phase, playing against other schools in the following week.

In order to compete against other schools, only players, coaches, officials, game staff and credentialed media with masks are allowed at the games.

Although there are many restrictions and additional safety precautions, Alexis Kittel (‘22) said when the announcement came, “there wasn’t a single person in the gym without a smile!”

Maren Mcginn (‘21) also said, “With all the uncertainty…it’s a privilege to play, making this opportunity all the more special and exciting.”

When varsity Coach Paul LaFountain initially heard the news that Governor Phil Scott was allowing teams to play against other schools, his first thought was, “All the hard work that the girls have been putting in will finally have a chance to pay off.”

This finally happened on Feb. 12, when the BFA Varsity Comets won their first basketball game of the season against Rice with a score of 52-33.

The team is excited to continue on with the season to “hopefully bring home the title they so desperately want to win,” said Coach Paul LaFountain.