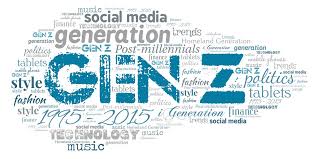 Unlimited internet access and traumatic world events describe the upbringing of Generation Z, from the perfect body images implanted into young boys’ and girls’ minds, to the impact of cyberbullying on young teenagers. According to The American Psychology Association (APA), “America’s youngest adults are most likely of all generations to report poor mental health, and Gen Z is also significantly more likely to seek professional help for mental health issues.”  Generation Z has grown up in an era of technology and change. They have access to unlimited news and information, if not in their hands, in their pockets. Generation Z sees first-hand the immigration issues, the sexual-assault issues or the newest school shooting information. Generation Z has a generation-wide burnout affecting their everyday lives.

Generation Z was born and brought up in a world filled with traumatic events. The earliest in the generation (which, according to Kasasa.com, ranges from 1997-2012/2015) grew up, or were born, while the United States was experiencing the effects of 9/11. While most of Gen Z wasn’t alive or old enough to comprehend the severity of 9/11, it was the start of the generation’s introduction to negative news.

Negative news surrounds Generation Z in their day-to-day lives in many different ways. The APA found that Generation Z was more stressed than adults overall about subjects like mass shootings, the rise in suicide rate, climate change and global warming, separation and deportation of immigrant and migrant families and widespread sexual harassment and assault reports. According to the APA, 59% of the Generation Z students they surveyed were also stressed about their safety in schools due to the possibility of school shootings. Having to be at school for 40+ hours a week means 40+ hours of that stress resting on their shoulders, not including other stressors that may be affecting their mental health as well.

Generation Z is seen by some members of the older generations as too emotional and sensitive. This is often mistaken for Gen Z’s empathy and open mindedness. A study done by the PEW research center found that half of Gen Zers think that society is not accepting enough of people who don’t identify as a man or woman. This same study found that in older generations, like the Boomers and Gen X,  ⅓ of the people asked believed that society is too accepting of people who don’t identify as a man or woman. Generation Z is more open-minded than older generations because they have been exposed to more at younger ages, while the brain was developing. This exposure came before, or while, there was still time to change and develop their own perceptions on society, even if there were already ideas in their head from their parents. The pressure of being told that I am too emotional for being more open minded to my peers’ preferences hurts my mental health, as well as the mental health of other Gen Zers, because it could make us as open-minded people feel more isolated from society.

During the nationwide shutdown due to the pandemic, the murder of George Floyd in May reignited the urgency of the Black Lives Matter (BLM) movement. According to npr.org, there were protests held in many cities, with participants wearing their masks and being safe while protesting for justice, not just for George Floyd, but for the many black lives that have been taken due to racial stereotypes. According to Dominic-Madori David at Business Insider, 90% of Generation Z said they support the BLM movement, and 77% said that they have attended a protest for BLM. This generation saw issues with the current system and went out to support a change for equality. If Gen Z is so burnt out, why can they go out and protest and get so involved with the BLM movement? The BLM movement is something that exists for a negative reason; however, it’s also something Generation Z, as well as the other generations, can partake in to make a change. The murder of George Floyd was a reminder of the racial injustices that are happening in America. The truth that not “all [people] are created equal” was proven once again, adding on to Gen Z’s concerns and stressors.

The generation-wide burnout has affected Generation Zers’ lives every day since birth. Surrounded by negative news in their early stages of life, and growing up to have unlimited access to that negative news, has left the generation feeling scared and tired of the society they live in. Trying to keep up with the world at all times has left the generation drained and, as the world continues to change, for better or worse, Generation Z will know about it. They will know about it, but they will come together to make a society where everyone is accepted.