Keep the Comments to Yourself 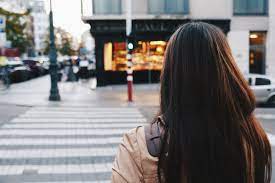 “Honey, boo, baby, shorty,” followed by an unsolicited “compliment,” are all names women risk getting called as they step outside of their houses. Rather than feeling safe walking down the street, women are faced with the fear that men will comment or whistle at them while they’re minding their own business. It is never O.K. or appropriate for men to comment on women on the street because even if it’s meant to be a compliment, women don’t walk on the street for compliments.

Once a woman is harassed on the street, it has the potential to heighten her anxiety and cause her to be scared to walk alone at all times. With this new fear of being harassed, women will be less likely to engage with strangers and participate within their communities.

According to www.rainn.org, “Street harassment has negative effects both on those who experience it and for communities as a whole. Being harassed in a public space can make you worried about your physical safety and creates an environment of fear and intimidation.” Is commenting on a woman really worth making them uncomfortable and not want to leave the safety of their homes? No, so keep the comments to yourself.

Some could argue that the comments men make to women on the street are compliments, but why would a compliment make someone feel so uncomfortable that they grab for a personal defense tool, scared of what will happen if they don’t take this precaution?

When asked if it’s O.K. for men to comment on women on the street, Haley Seymour (‘19) said, “Men have no right to comment on a woman’s body.”

She added, “Once in Burlington, my roommate, Shannon, and I were walking down the street when two men commented on how we looked in our pants. One of them commented ‘You just got out of a relationship last week, calm down.’ When Shannon reached for her pepper spray, they made fun of her for being nervous. It was disgusting and made me extremely angry and uncomfortable.” When women are scared and take safety precautions, such as pepper spray, men can continue to comment and ridicule them. Even though this happened months ago, it’s something Seymour will never forget because of how uncomfortable it made her feel. It’s inappropriate for men to ever comment on a woman to make her feel as if she can’t wear something that makes her feel comfortable.