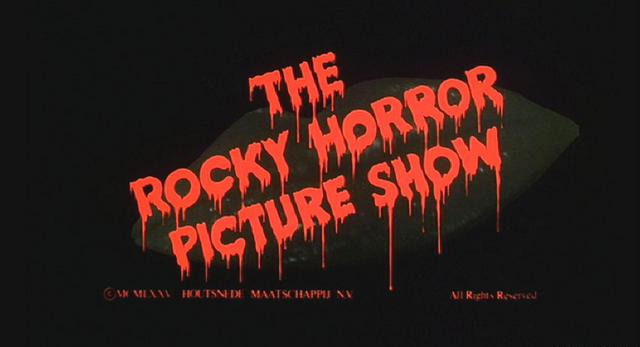 With Halloween right around the corner, now is the perfect time to experience one of the weirdest classic horror-comedy movies. “Rocky Horror Picture Show,” directed and written by Jim Sharmon, and released in Sept. of 1975, is based on the 1973 musical stage production written by Richard O’Brien. O’Brien also had a hand in writing the movie adaptation. Tim Curry is undoubtedly the star of the show with the role of Frank N. Furter. Susan Sarandon and Barry Bostwick, as Janet Weiss and Brad Majors, are the leading roles the audience follows throughout the whole film.

TheOur movie starts with the wedding day of a friend of Janet and Brad’s. Janet and Brad are traveling to meet a friend after the wedding, but when their car gets a flat, they decide to ask the owners of a castle they passed on the road if they can use their phone to call for help. This is the house of Frank N. Furter along with his housekeeper and maid. They are soon made to witness the oddity and horror of the household.

Apart from the beginning few scenes and the narrator’s interjections from an office, the whole movie takes place in the aforementioned castle. There are many rooms and twists and turns ranging from the odd but elegant and castle-like front room to the artsy yet vintage and elegant interior rooms.

Our main characters and newlyweds are an extremely stereotypical heterosexual young “pure” married couple. Their wedding scene is highly comedic and the stereotyped roles they fill are made fun of throughout the film. They get engaged after Janet battles her way to the bride’s bouquet. They then walk away from the church and into a surrounding cemetery to cheesily flirt. They then move back into the church and immediately get engaged the moment after they meet.

The plot is a bit hard to understand because of the frequent and comedic twists and turns. Frank turns out to be an alien from the planet Transexual in the galaxy Transylvania.

Transexual and transvestite are very outdated terms for a transgender person. Both terms now have a negative connotation and are considered offensive by most transgender people. This movie was released in 1975, and those terms would have been more normal for that time. Frank is the villain of the movie and that was really the only way that a gay, or possibly transgender, person could make it onto film at this time because it was so stigmatized so much.

The movie is a bit random at times and definitely more of a comedy movie than a horror one. It is unsettling at times too and there is some minor gore but little to no suspense. The comedy comes mostly in the form of ironic lines and overacting to play into stereotypes.

Overall, I enjoyed the movie. I am not a huge fan of comedy-horror movies, or this type of comedy personally, but the movie is entertaining, to say the least. The use of a narrator seemed odd at first but fit better into the movie toward the end. The narrator is also useful to help the watcher follow the plot and serves as a way to make each scene change smoothly. The singing isn’t of top-notch quality and I think that adds charm and fits the movie much better than perfectly- performed musical numbers.

As I said, this style of movie isn’t usually my favorite. However, this movie is a bit different from the comedy-horror movies of recent years. The humor is odd and less gimmicky in a way I can’t place. There is still sexual humor, as in many comedies, but it is worked into the plot as a part of Frank N. Furter’s character and even as a means to manipulate Janet and Brad.

I highly recommend adding this classic to your Halloween movie rotation. Keep in mind the movie contains partial nudity, sexual content, and murder.