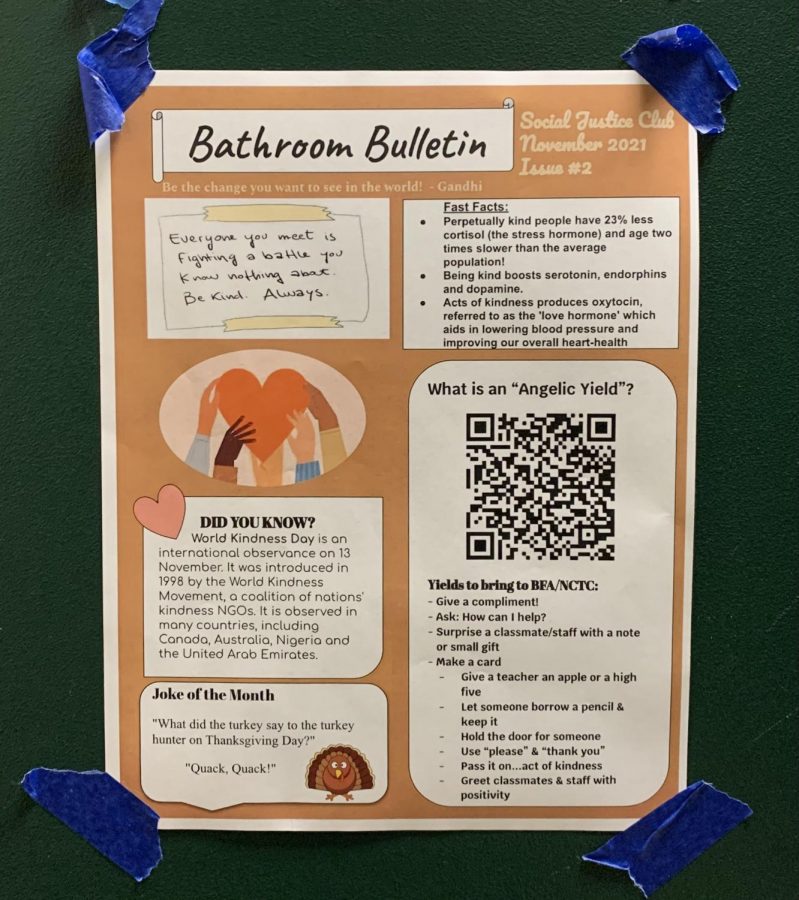 Bellows Free Academy’s Social Justice Club has recently started to put up “Bathroom Bulletins” in the bathroom stalls around the school. According to Rachel Ledoux (‘22), who is a member of the club, it was BFA English teacher Jamie Bristol’s idea to create these.

Nicole Schubert, an advisor of the club, mentioned that the bulletin used to be called “Potty Talk” back when it was run by BFA’s Creative Writing Club (which Bristol used to be the advisor of and is no longer around).

These bulletins are made to spread quick and consumable information about social justice including important dates, quotes, fun facts, word definitions and even jokes.  Facts like “being kind boosts serotonin, endorphins and dopamine” and quotes from historical inspirational figures, for example: “Be the change you want to see in the world. -Gandhi” now cover the stalls of BFA’s bathrooms.

Elio Haag (‘23), another member of BFA’s Social Justice Club, said that they had been “talking about making a newsletter for a while,” and decided that a bathroom bulletin would “be most effective.”