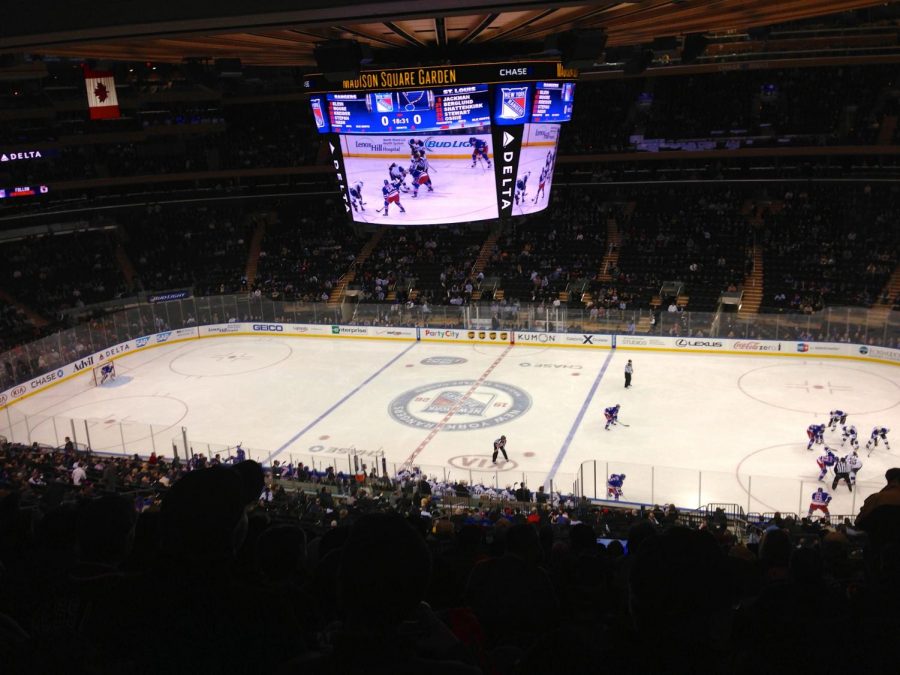 Adam Huska got his first ever NHL start tonight for the Rangers making 32 saves on 39 shots. The Avalanche drew first blood tonight as Nazem Kadri found Mikko Rantanen to put the Avalanche up early in the first, but the Rangers responded as Jacob Trouba let a howitzer go from the point and beat Avalanche goaltender Darcy Kuemper glove side.

As the first period was coming to a close, the Rangers went on the powerplay, and Nils Lundkvist scored his first ever NHL goal to give the Rangers a 2-1 lead heading into the first intermission.

Early in the second period, Nathan MacKinnon broke past the defense and beat Huska five hole.

Shortly after, Cale Makar let one go from the point that Kadri tipped, and the puck proceeded to find the back of the net to put the Avalanche up 3-2 around 6 minutes into the period.

With 9:14 remaining in the second period, Devon Toews set up Alex Newhook for a one timer to put the Avs up 4-2.

With 8:47 remaining in the second, Jacob Trouba had a massive open ice hit on Nathan MacKinnon, which sparked a fight between Trouba and Gabriel Landeskog. Both players got a couple punches in but eventually got tied up, and the referees broke it up and sent them to the sin bin for five minutes.

With 2:46 left in the second, Logan O’Connor had a beautiful toe drag and under the bar snipe to put the Avs up 5-2.  Twenty seconds later, O’Connor broke out on a breakaway and beat Huska to extend the Avs lead to 6-2 heading into the second intermission.

With 8:08 remaining in the third period, Alexis Lafrenière assisted Filip Chytil to slice the Av’s lead in half. One minute and thirty three seconds later, Erik Johnson let a shot go from the point, and Rantanen deflected it into the net to raise the Avalanche lead to 7-3. That would serve as the last goal of the contest as the Avalanche picked up the two points on the road.

The Rangers lost this game in the second period as they gave up five goals and got dominated in every department, heading into the third period down 6-2.

The first and third period were pretty even as both teams scored, and both teams maintained pressure and physicality.

Adam Huska has been doing incredibly well in the AHL, with the Ranger’s affiliate being the Hartford Wolfpack, posting a 2.20 GAA and a .924 save %. Unfortunately, he got his first start on a rough night as there wasn’t much he could do against a red hot Avalanche offense that has averaged 5.2 goals per game in their last five games. The Avalanche deserved this one as they owned the Rangers in the second period, which was the determining factor in the game’s outcome.