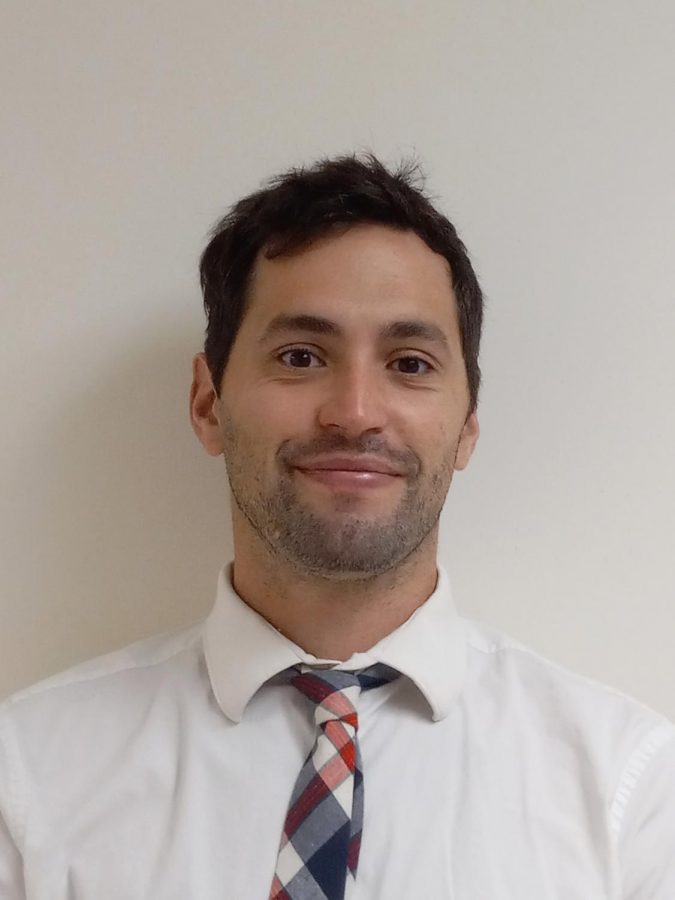 “I’m pretty excited to dive into teaching next semester,” Spencer said. “It helps me emphasize history, [which is] something I’m passionate about.”

Until then, though, Spencer says he is working on integrating into the Social Studies department and the BFA community.

Spencer is joining us from Colchester, where he spent a few months covering for another teacher. He had moved to New England in August to be closer to his family, and when BFA’s job opened up, Spencer jumped at the opportunity.

“[The position was] created to create smaller class sizes, which is awesome,” Spencer said.

Before coming to Vermont, Spencer got his degree at Colgate University in upstate New York, where he studied Geography and Spanish. He went on to get his master’s degree at Salem State University.

After that, Spencer worked at a school near Denver, where he taught Economics and World History. According to him, that school was a lot more urban than BFA and had a much more diverse population of students.

Despite the differences, Spencer said that he has been doing well at BFA so far.

“It’s always sort of nerve-wracking when you start coming to a new school,” Spencer said. “But this is a really nice school, and I’m happy to be here.”

Spencer also noted that his interest in BFA as a workplace is related to the history behind the school.

“I love local history, and there’s a lot of history at BFA. Stone bricks in the North campus, hospital with [a] secret morgue somewhere, random doors, things like that. Storytelling is fascinating to me, and BFA has a pretty cool story.”

According to Spencer, he is just excited to share his passion for history with BFA students.

“Social Studies is really nice in general because there’s a lot of different avenues you can take,” Spencer said. “Here, especially, it seems like teachers have a lot of freedom to take that in whatever direction they want.”