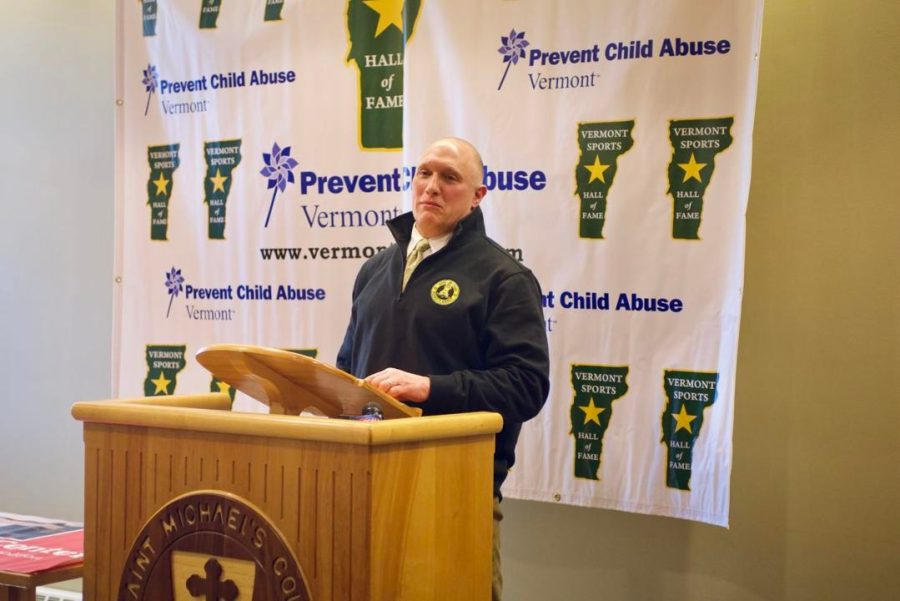 Toby Ducolon (’84) is a husband, father and coach. He has been coaching the Bellows Free Academy Bobwhite boys’ hockey team for 31 seasons, making the end of this season’s 32.

Ducolon is a Vermont Sports Hall of Fame legend who has put his team first for 31 years. With nine championship wins under his belt, Ducolon has announced he will be stepping down from head coach after this season.

Ducolon started his journey at BFA as a Bobwhite himself playing high school hockey from 1980-84. He then went to the University of Vermont, where he played hockey, and later he was a 3rd round 50th draft pick for the St. Louis Blues.

When he graduated from UVM in 1988, he played two seasons with the Blues affiliate, the Peoria Rivermen of the International Hockey League. After playing, he went straight to coaching with no break.

When asked why he has decided to step down from being the head coach for BFA’s Bobwhites, Ducolon said “I think it’s time for someone else to lead the program, [since] it’s been a long time, and I’d like to try something else.”

Another reason why Coach Ducolon decided to step down this year is because of his daughter, Drew Ducolon (’23), who will be a senior next year. “I want to make all her games, and if there’s a conflict in the [boys’] games, I can’t,” Ducolon said.

Drew Ducolon shared her opinion on her father’s hard decision stating that she is “super proud of him for the decision he made, and he deserves the time off [with the] big mark he’s made on the program.”

Ducolon reflected on his years coaching and how much he has learned: “I learned that you have to take kids on certain teams, [even though] they may not be your best players; those are the guys that get you through a tough quarter/semi final game.”

Coach Ducolon has also made positive impacts on his players’ lives. “Over the four years I’ve played for him, he’s taught me how to be a respectful person in the community,” Collin Audy (’22) said.

Bobwhites Assistant Coach Tom McDonald (’72), who has been coaching the team for 46 years, said how “fortunate BFA is to have a person like Coach Ducolon’s passion and integrity working with their student athletes.” McDonald added, “Ducolon’s consistency in how he treated the athletes is what has made him [a] great coach.”

Next year Ducolon, will definitely still be around “in town” where he’d like to “volunteer for a bit.”  Looking into the future, Ducolon said that he would also like “to do some travelling in the wintertime.”

One thing is for sure, Coach Ducolon has made positive impacts and influences on his team, staff and community over the years.