The disability that gives him the will to succeed 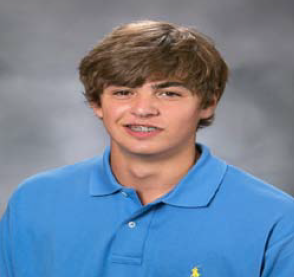 BFA St. Albans is home of the Bobwhites and Comets. In 2013 the Bobwhites gained a new member on their sports teams, Bennett Coseo, now a junior at BFA. Bennett Coseo is just like every other kid trying to make sports teams, do well in classes and make friends throughout his high school career. But there is one obstacle in his life, he is deaf. When Bennett was first born, doctors noticed an extra piece of skin on his ear. His pediatrician said, “This could indicate hearing loss”. On the doctor’s recommendation, when Bennett was six months old, his hearing was checked. “Never in a million years would we have suspected he was profoundly deaf, meaning virtually no hearing in either ear,” Lori Coseo, Bennett’s mother said.

When Bennett was sent to daycare, they reported to Lori that Bennett was sleeping through other babies crying, and during fire alarms. The next day she put Bennett down for a nap, and vacuumed and slammed doors to see if this would awaken Bennett, but he slept through it all. “It was very scary and overwhelming,” Mrs. Coseo said.

Bennett, as a baby, was very observant, always following with his eyes. “Most deaf babies are born to hearing parents,” Mrs. Coseo said. They had no idea he couldn’t hear because he was always engaged. He also had many ear infections before he was taken to the doctors for testing on his hearing. When the Coseo family was informed of Bennett’s total hearing loss they were in shock, and had no plan. Running through their minds was “What do we do? How will he function? How will he succeed in life? How will he communicate? How will he live a normal life?” Mrs. Coseo said. Now, mandatory test are performed on babies before they leave the hospital to determine if they have hearing loss.

They were fortunate to be living in a supportive community that came to their aid. Their pediatrician contacted another local family with a deaf child, who gave them a book, Choices in Deafness. The book opened their eyes to available choices. They were also linked with the Department of Children and Families in Burlington by a deaf caseworker. “That was an eye opener and upsetting because we had to talk to her by phone using the relay system. The operator would type our question, then would read her typed response to us. This conversation was difficult and upsetting,” Mrs. Coseo said. The Vermont Center for Deaf and Hard of Hearing in Williston paired them with a teacher of the deaf, Amy Bove. This all started at the age of nine months and “we could not have moved forward and enabled Bennett to be who he is today without this early intervention,” Mrs. Coseo said.

The family uses multiple ways of communication. They enrolled in a sign language class in St. Albans, learned about cued speech and had Bove come to the house weekly to teach Bennett and the family. At the age of two, he had a cochlear implant, which acts like a processor and allows him to hear words. This failed at age five and he had to undergo the surgery again. Today, Bennett uses a combination of sign language and cued speech, along with his implant, to communicate and live a normal life.

Bennett learned to use his resources as a child being deaf by reading lips, watching and being extra aware of his surroundings. Reading lips is “Naturally how I grew up to understand people,” Bennett said. Bennett sometimes thinks about his disability and it sometimes it frustrates him. On the other hand “it’s like a reminder to have an influence on people,” Bennett said. He uses a quote from Jackie Robinson every day: “A life is not important except in the impact on other lives.”

Bennett is grateful for his processor and it helps him a lot, but it also has its downfalls because it does not give him total hearing.  It requires “lots of responsibility and it is hard to keep up, but I use my resources,” Bennett said. Bennett doesn’t feel bad for himself and doesn’t make excuses because he knows how much time and effort he has put into keeping up and being successful. His efforts have paid off with success in sports and academics.

The Coseos wanted Bennett to have the same experiences as all children, so they enrolled him in Itty Bitty soccer, Little League and ski team. The rec department and coaches never discriminated against him, although some were more comfortable than others working with a deaf child. As parents, Lori and her husband, William Coseo, both struggle just as much as Bennett, because as he is learning to live and succeed with his disability and so are they.

Bennett is an all season athlete along with his older brother Wylie, who is involved in Alpine skiing, soccer and track. Bennett’s father William is also very passionate about sports, and played football and was involved in track. Bennett’s mother Lori is also an athlete; she participated in ballet and plays tennis. Bennett gets his athletic ability and drive from his older brother and both parents.

One question that the Coseo’s face as Bennett’s involvement in sports becomes more advanced is “How will he access all the information to be successful?” Mrs. Coseo said. Also they worry about how he will learn to advocate for himself to prepare for college. High school has lots of support for Bennett, so their concern now is college, because there will be less support and extra help.

Lori, as a mother, worries just like any other parents with their child involved in sports because of injury or a blow to their child’s confidence. Bennett is involved in a contact sport, varsity football, and she worries that he won’t hear someone coming, or not know if the whistle is blown. The play might not be stopped and he thinks it has and he isn’t prepared for the hit. She has concerns not just for the danger of hits in football, but for all sports that he is involved in, including the Varsity ski team and Varsity baseball team. “Bennett is a natural athlete,” Isaac Manahan (16) said of the varsity football team.

This was actually Bennett’s first year playing football, he made varsity in a sport where you truly have to use all your senses. Bennett has more touchdowns than any other wide receiver on the BFA team. “Since it was his first year in football, it was difficult at first but the team really rallied around him and helped him at all times, but as the season progressed he got more comfortable and stopped really needing anyone’s help,” Coach Sorrentino of the BFA Bobwhites said.

Baseball has been a part of Bennett’s life since he was eight. He made the St. Albans Little League All-Star team many times, playing catcher, center fielder and shortstop. “Bennett knows the game and positions and has a great throwing arm,” Coach Sorrentino said. Bennett is also top five in the state of VT for alpine ski racing.

The Coseo’s are very proud of Bennett, “Bennett has gone above and beyond, overcoming his disability, demonstrating amazing social skills, excels at sports and is humble about his accomplishments,” Lori said. They have taught Bennett that he needs to own up to his mistakes and accomplishments and not to be embarrassed asking for help or clarifications. “But people need to recognize that he does not hear like his peers,” Lori said.

It is necessary “to be more cautious when playing any activity because not only do I not want to get hurt, but I don’t want to damage my processor,” Bennett said. Cochlear implants are worth up up $100,000 without insurance. Also, Bennett is concerned about his processor dying when he is playing on the field, so he won’t be able to hear anything. “I have a thought in the back of my head whether or not it will die during a game,” Bennett said. He also worries he sometimes might lose playing time because coaches might not have confidence in him getting the job done because he can’t hear important calls or plays.

Playing in group sports is what Bennett prefers because of people having each other’s backs and communication. He performs his best and is most confident when he communicates with people as much as possible, so he can get the correct information about the task in which he is trying to complete and succeed.

The Coseo’s are very proud of Bennett, “Bennett has gone above and beyond, overcoming his disability, demonstrating amazing social skills, excels at sports and is humble about his accomplishments,” Mrs. Coseo said. They have taught Bennett that he needs to own up to his mistakes and accomplishments and not to be embarrassed asking for help or clarifications. “But people need to recognize that he does not hear like his peers,” Mrs. Coseo said. Bennett is very successful because of the efforts on his part and the excellent support from his family, friends and professionals. His experience is proof that if you put in the time and want something in life, anything is possible. His confidence and self-advocacy gives him the skills to pursue anything that life throws at him.